Table of Contents 1. Havana feat. Young Thug2. Señorita3. OMG4. I Know What You Did Last Summer5. Never Be the Same6. Bad Things7. Crying In The Club8. Liar9. Consequences10. My Oh My Sharing Since leaving … 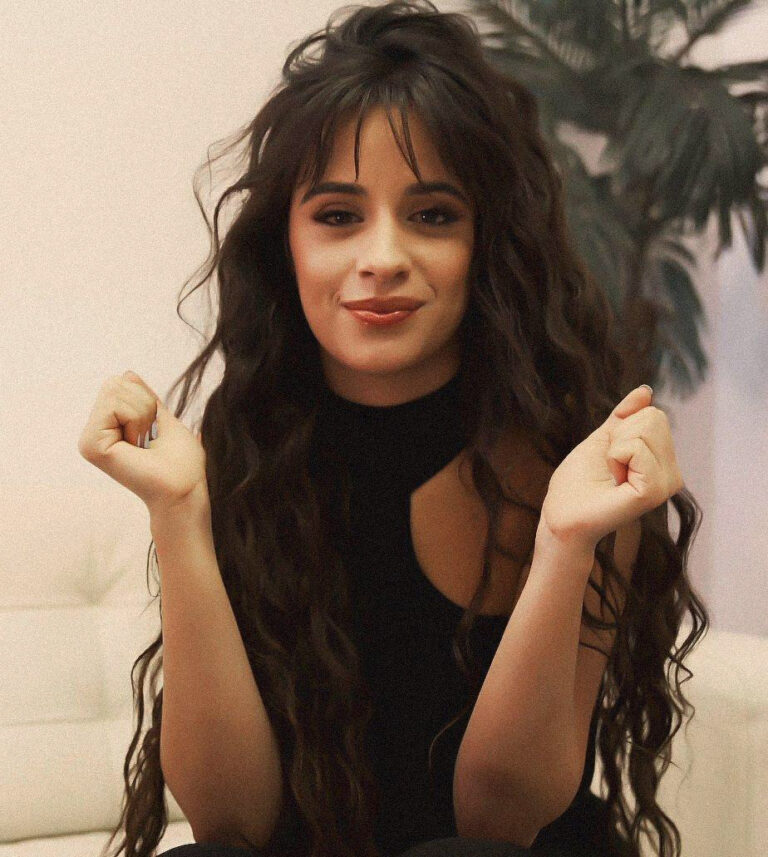 Since leaving the girl group Fifth Harmony to pursue her solo career, Camila Cabello has released hit after hit. Here are some of her best and most popular songs!

Camila Cabello is a singer with the voice of an angel who has been rising in the charts since her solo debut. She started out as a member of the girl group “Fifth Harmony,” which was formed on “The X Factor USA.” The group, unfortunately, broke up in 2018, but that hasn’t stopped the artist from releasing her own hit singles.

The song at the top of this ranking is none other than Havana, which she sang with the help of Young Thug. It was released back in 2017 and is on her album called Camila. The audio version of this song on YouTube has been viewed over 1.7 billion times and allowed her to enter the world as a solo artist.

It increased her popularity as fans fell in love with the way she combined music with her Cuban heritage.
The song reached number one in several countries, including Australia, France, the United Kingdom, and the United States. Guest stars include LeLe Pons, LuJuan James, and Noah Centineo. The music video has over 952 million views.

Camila Cabello and Shawn Mendes released “Señorita” (aka the sexiest song of the summer) in August 2018 and both basically conquered the internet with the music video of a lifetime. Fans loved the chemistry between the two in this video as they lived out their beautiful Latin love story. The song ended up on both singers’ albums, as Cabello included the song on her album “Romance.”

On YouTube, the music video has already been viewed over 1 billion times. The song reached number one on the US Billboard Hot 100, as well as in thirty-five other countries, including Germany, Austria and Switzerland.

A rapper by the name of Quavo was featured in this single that was supposed to be released on her album called Camila but didn’t make it into the final album mix. The song is extremely different from the other songs that she has released since then, as the sound is more suitable for a club.

The song has since been listened to over 113 million times on YouTube, as her fans were thrilled with the hip-hop beat. The song reached the top 100 of the charts in several countries, including the US, UK, Scotland, Australia, and Portugal. The song was most successful in Spain, where it reached #16 and charted for two consecutive weeks. Cabello has been praised for the versatility of her voice, while others have reacted negatively to the song because it is in stark contrast to the rest of her music.

4. I Know What You Did Last Summer

The singer’s current boyfriend is Shawn Mendes and she teamed up with him to create this amazing song that has now been viewed over 364 million times on YouTube. The collaboration between the two artists came about by chance when they met backstage at a Taylor Swift concert.

The music video has also attracted many listeners as it shows the two on an endless journey through a variety of environmental disasters. The song reached the top 20 on the US charts.

5. Never Be the Same


The second half of the 2010s was a good time for power ballads. When Cabello threw her name into the ring, she had to come up with something catchy to stand out from the crowd. She succeeded wonderfully.

Borrowing from pop and country, oldies and contemporary music, the lyricism of Lana Del Rey, and the vocals of Miley Cyrus, Cabello created a memorable song. The way she sings the bridge is unique and emotional. Few could listen to this song and ever be the same.

Rihanna has had an incredible influence on her fellow pop artists. One of her trademarks was singing the chorus of rap songs. On “Bad Things,” Cabello does her best Rihanna impersonation, adding an icy, sexy hook to a rap song by Machine Gun Kelly. The song helped introduce many listeners to the idea of Cabello as a solo artist.

For a pop song, “Bad Things” is very unconventional and interesting. Sexy songs tend to be a little more upbeat, but “Bad Things” sounds almost sad. This contrast is part of what makes the song so intriguing.

The song’s chorus samples “Out of My Head” by the underrated 1990s rock band Fastball. This track never received the attention it deserved until Machine Gun Kelly and Cabello made the inspired decision to rearrange it.

7. Crying In The Club

Camila Cabello debuted “Crying in the Club” as her first solo single and it was a perfect choice. The beat and lyrics of the song are very powerful. I love how powerful and influential music can be and how it can affect everyone in a positive way.

This song was written by Cabello for her album called Romance, which was released in 2019.

The song has some Latin elements in its composition, which have led to the song being viewed over 110 million times on YouTube. The music video follows Cabello and her relationship with a rich oil tycoon when she makes the decision to leave him for a waiter.

This song was part of her debut solo album, released in 2018 under the name Camila. The song is a beautiful ballad that Cabello co-wrote and has now reached 54 million views on YouTube.

The music video, featuring Dylan Sprouse, shows a variety of flashbacks as the artist walks through a park.

Cabello collaborates with rapper DaBaby in this song, which was released on her second album “Romance.” It has been viewed over 81 million times on YouTube and the background beat will make anyone get up and dance on their feet.

The music video shows Cabello as an actress who wants to be the hero in a movie despite the old-fashioned times. The video describes her journey toward achieving that goal.

The 70 Best Hip-Hop Songs For Working Out