118 Songs About Cheating and Lying 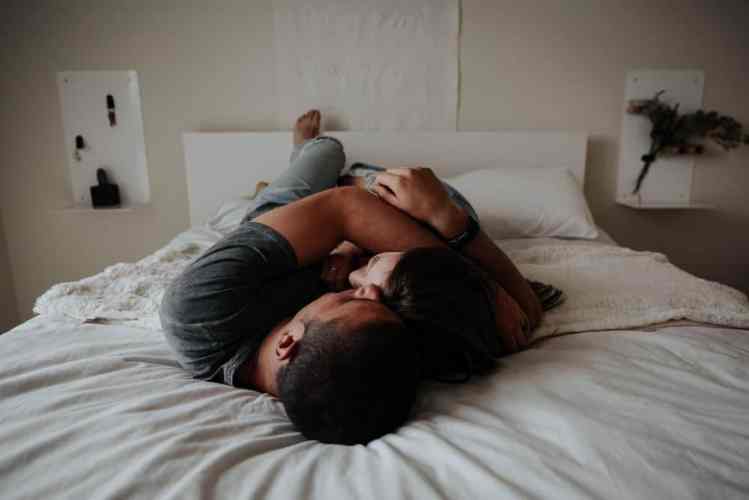 Being cheated on and finding out that your partner is cheating comes as a shock to most people. Being lied to and cheated on by the partner you share a bed with can be a real letdown.

There is a song for every romantic feeling: blossoming love, failed love, and unrequited love. Of course, some songs deal with the less popular sides of a relationship, and the cheaters themselves sing guilt-ridden, relieved, and joyful songs.

There are songs of the betrayed out for revenge or themes that focus on empathy.

Each song is unique and driven by emotion. Many cheated-on people feel the same feelings to relate to the following pieces.

Even singers are not spared from unfaithful partners. Countless songs sing about cheating. In our playlist, you will find 117 songs that deal with lies and infidelities.

(At the end of the article, we’ve put together a Spotify playlist for you with all the songs listed here.)

Songs about cheating and lying:


There are two things Sam Smith can’t stand: Sharing and being lied to. And it is exactly these two topics that the Briton dealt with in his song “I’m Not the Only One” released in 2014.

The artist sings from the perspective of a pitiful person who finds out about her unfaithful partner but is fooled by the same and summarily labeled as crazy. But good Sam, and we know better now! The track, which managed to ascend the throne in numerous European charts, was also accompanied by an iconic music video.

The victim is Dianna Agron, a caring housewife who her good-for-nothing husband betrays in every possible way.


In 2006, Rihanna revealed herself to be an unfaithful soul. While many artists in their songs about cheating always take the role of the cheated, the Barbadian showed us in “Unfaithful” what suffering the side jumpers themselves have to endure.

Mainly this agony consists of the sight of the betrayed partner. He knows exactly what cunning game his beloved is playing and therefore perishes more and more from the situation. Although the slow passing of the beloved tears the artist’s soul, she just can not help getting lost in the wrong bedroom.


At the start of the millennium, Justin Timberlake was a man’s sex symbol made flesh. No fangirl on the planet would have ever let the former “NSYNC” member leave once she’d captured his heart. Unfortunately, the reality was quite different for poor Justin.

His partner, Britney Spears, got into the box with her choreographer Wade Robson without further ado. In “Cry Me a River” the US-American then describes the pain he experienced during the Breakup had suffered through. Although his ex-girlfriend’s nocturnal stray broke the singer’s heart, he tries to look forward and musically come to terms with his past in this track.

The odyssey of Justin Timberlake was particularly well received in Australia and the United States, where it placed in the top three positions in the charts.


In 1999, the US R&B girl group “Destiny’s Child” had only one simple request to a fictitious partner. In a musical phone call, the artists sang pleadingly into their sweetheart’s ear: “Just say my name.”But the much longed-for syllables just won’t come out of the lips of the person on the other end of the line.

The latter finds himself in the awkward situation that his secret affair is sitting by his side at the exact moment. So it is difficult for the heartbreaker to pronounce the name of his second girlfriend without getting into trouble of explanation. The singing group, around superstar Beyoncé, really hit the big time with their song about cheating. “Say My Name” picked up two Grammys and went to number one in the U.S. and Australia.

The music video for the song was also honored with the “MTV Video Music Award” in 2000.


The first glance at the title of the song is deceptive. This Kiss” is not about the romantic pleasures that come with the heavenly smooching of two lovebirds, but about the kisses that both partners secretly exchange with their affairs. Whether in the case of the Canadian artist, it’s probably the guy from “Call Me Maybe” (2012)?

Anyway, the track couldn’t quite match the commercial success of its predecessor, reaching #86 on the U.S. “Billboard Hot 100”.


And again, Rihanna! Together with rap god Eminem, the Barbadian singer took the female part of a couple whose relationship is characterized by a love-hate relationship in 2010. In his rap verses, “Slim Shady” accuses the artist of cheating on him, but at the same time, he just can’t let go of his partner.

In the chorus, Rihanna then conjures goosebumps on our pelts when she sings about the suffering that the heartbreaking liaison triggers in her with her crystal clear voice. The rendezvous of the superstars sold nearly 15 million copies and reached the twelvefold platinum status in America.


Never betray Adam Levine. The Maroon 5 frontman doesn’t take a joke and makes short work of it, at least musically.

In “Wake Up Call” from 2007, the singer catches his girlfriend in bed with another man, and a little later, he finds himself with a bullet between his eyebrows. However, the band’s admittedly extreme reaction sold solidly without taking the considerable laurels.


Sam Armstrong made a mistake. Taylor Swift’s former high school crush cheated on his childhood sweetheart, denying himself life alongside a future superstar. The punishment followed on foot; Taylor showed the unfaithful youngster in “Should’ve Said No” exactly in which moments he would have better taken a different turn.

Meanwhile, the instruction dressed in tones has sold more than 1.5 million copies.


Where does cheating begin? In “Thinking of You,” Katy Perry doesn’t physically throw herself at another man, but she always thinks about a past love when she spends with her new partner. American woman’s thoughtful affair reached 29.

Charted number one in her home country and went platinum in three countries.


In 2004, The Killers gave the world a heartbreak anthem that has retained its timeless sound to this day. Brandon Flowers finds himself in the role of a man whose girlfriend regularly enjoys out-of-town trysts.

Places 11-118 songs on the theme of cheating and lying:

Each song is linked to its accompanying music video via its title.

Songs About Longing: The 108 Best Songs When You Miss Someone

The Best Operas: Top 60 Most Popular Opera Arias Of All Time