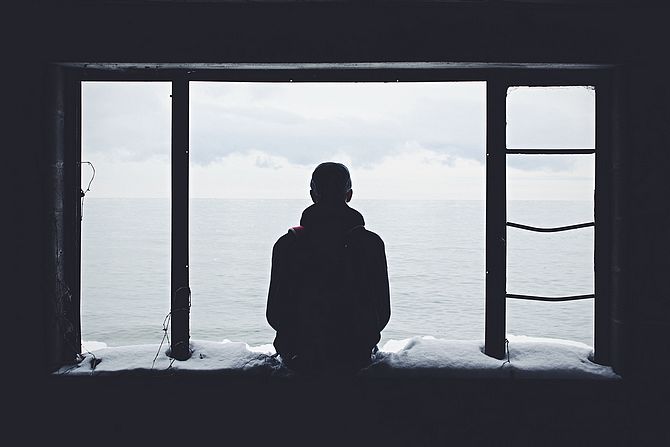 People who have had experience with depression know how difficult it can be to start the day in a depressive phase. Many experience feelings of fatigue, loneliness, and isolation, plus often recurring thoughts.

There are still many people who do not know that depression is a mental illness. So it is often difficult to find others who really understand what you are going through.

A little help can give you the right music. Maybe it’s the lyrics of a song that speak to what you couldn’t articulate before in some way. You may also particularly like the melody and instruments that can comfort you.

Being depressed can sometimes feel to you like the weight of the world is crashing down on you. Fortunately, there is music that can help you escape the unhappiness you feel.

Our playlist below includes 150 songs that address the issues of depression and loneliness. We have also compiled a list of German songs that you might like. Many of them are sad songs about being alone and not feeling well.

So if you want to be in a good mood, you’d better listen to our Good mood playlist listen.

The best songs about depression and loneliness:


One of the most emotional songs of the US star rapper Eminem is “Rock Bottom”. Even if at first listen everything seems to be as usual: Eminem flows with his well-known slightly nasal voice on the beat, so the track has it in itself.

Eminem reports that he has reached “Rock Bottom”, the lowest point, and there he is so shaken by life that he would also steal or even kill. He feels lonely and desperate. According to his own accounts, the track was written just days before Christmas, when Eminem had just lost a job and had no money left to buy his daughter a present.


The song “Summertime Sadness” by star singer Lana Del Rey captivates with its melancholy and Lana’s incredible vocal power. Translated, the title means “summer sadness” and probably refers to the seasonal depression that some people experience especially in the summer when others enjoy the weather and are outside and they themselves find no drive to do so. The release of “Summertime Sadness” was crowned by great success, the song could climb to number 4 in the German single charts.

The accompanying music video also polarizes, it is about the friendship of two women, one of whom commits suicide.

3. How should a person bear it? – Phillip Poisel


With his song “How can a person bear it?” the German singer and songwriter Philipp Poisel hits right at the heart. In the melodic song, in which Poisel is mainly accompanied by a restrained guitar, he tells of the fear of not being enough, of not being sufficient, and of the pain this causes him. He leaves it open whether he is talking about a specific person or life in general.

Philip Poisel was born in 1983 in Ludwigsburg, since 2008 he is signed to Herbert Grönemeyer’s label Grönland, the two have already performed together.


One of the dreamier songs in our list of songs for depression and loneliness is provided by the US pop musicians of Echosmith with “Cool Kids”. The track is about a boy and a girl who both would like to belong to the cool students and get the appropriate attention.

The band’s guitarist, Jamie Sierote, commented, “It’s a cry to be one of the cool kids in school. Everybody has a phase where they would like to be like someone else and imagine how great life would be then.”.


A list of songs about depression and loneliness would hardly be complete without the US-American cloud rapper Lil Peep, whose real name is Gustav Åhr. Lil Peep, who was 19 at the time, had his first successes on the SoundCloud platform in 2015 and has since been able to make himself a symbol of emo-rap.

In his song “Life is Beautiful” he describes the depths of life and wonders if his suicide would make a difference and people would mourn him. Lil Peep passed away on 15. November 2017 in Tucson in the U.S. state of Arizona of a drug cocktail, which also contained the highly dangerous painkiller Fentanyl.

His drug use, anxiety, and depression were the leitmotif of his lyrics.


As an absolute underdog, we also included Berlin’s up-and-coming cloud rapper Benno Gut in our list of the best songs about depression and loneliness with his song “Dumb”. Unlike the name might suggest, Benno’s lyrics are deep and sentimental, often with a good dash of sarcasm thrown in.

Especially the track “Stupid” from his “Home – EP” gets under your skin. This song is perfect when you wonder once again what makes sense in life at all and if behind the human mask of happiness is perhaps only naivety and stupidity. “Is there happiness, or just stupidity?”.


The cult anthem “Boulevard of Broken Dreams” by the American cult punk band Green Day must of course not be missing from our list. Since its release on 29.

November 2004 the song has established itself as an expression of loneliness and leaves no listener untouched. The song was written and sung by singer Billie Joe Armstrong, who feels lonely and accompanied only by his shadow and feels that life is a lonely road. Not only did we like this song, but also for the band Green Day it meant a huge success because it charted in the Billboard Hot 100 charts in the second place.


That the otherwise rather party rap focused rapper Akon can also have depth, he proves us in his track “Lonely”. In the song, he talks about his loneliness after the Separation of a girlfriend, who still gives him a hard time. He wishes he had acted differently so he wouldn’t be so lonely now. “Lonely” was Akon’s first globally successful hit and charted at № 1 in several countries, including the U.K. and Germany. “Lonely” was also the song that helped Akon secure his first major-label contract.

In the song accelerated samples of Bobby Vinton’s song “Mr. Lonely” were used.


The song “Mad World” is one of those songs that everyone has heard, consciously or unconsciously. The song’s unique melody and profound lyrics have brought it an international success – to the point that it is now often even covered in music classes in schools. “Mad World” is about a student who feels lost, depressed and invisible.

He talks about how the world is crazy and there is no tomorrow for him. The song was originally written by the British pop band Tears for Fears, but gained its current fame through the version by Gary Jules and Michael Andrews, who reworked the song for the movie “Donie Darko”. In December 2003, “Mad World” charted at number 1 in the U.K.


The song “Given Up” by the American rockers Linkin Park is one of the faster and more aggressive tracks in our list of songs about loneliness and depression. The now-deceased lead singer of the band, Chester Bennington, sings in the song about how he has given up hope, no one cares about him and he doesn’t want to feel anything anymore.

The song also features an 18-second scream by the singer, which he often performed at concerts just inches from the audience.

The places 11-125 of the best songs about depression:

Although we are over 7 billion people in the world, we can feel lonely. Reasons for loneliness are many. Maybe a loved one has died, a marriage or relationship has broken down, or you’re facing a new challenge at work or school.

Lonely many people feel, but always remember that someone is always there for you. Reach out to a close friend or family member, or call the telephone helpline. It’s free and confidential.