Songs About Heartbreak: These 150 Songs Help With Heartbreak

Sharing When a relationship goes on the rocks Heartbreak big. An unwanted breakup is always irritating, painful, and downright depressing. At such a difficult time you just want to cry and listen to sad songs, … 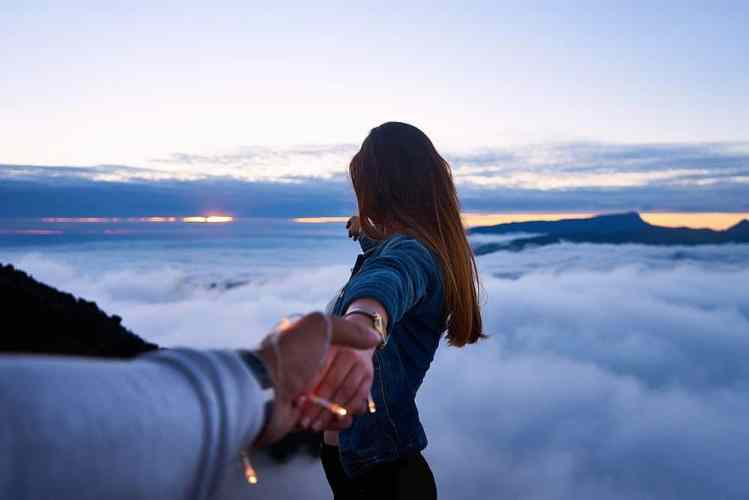 When a relationship goes on the rocks Heartbreak big. An unwanted breakup is always irritating, painful, and downright depressing. At such a difficult time you just want to cry and listen to sad songs, reflecting the pain of separation.

Because the heart wants what it wants, and sometimes it just wants to feel. That’s why we’ve put together two playlists with some songs that will hit you right in the heart. Here you can find the saddest songs that deal with a breakup.

I hope you have some tissues nearby. And please don’t get the idea to write to your ex-partner, and you will regret it.

Our two heartbreak playlists cover a wide variety of artists. In total, we’ve gathered 150 songs that will help you with your breakup pain.


While the lyrics are sad for the most part, the song also exudes an incredible amount of optimism. In the song, Adele denies that she will ever find someone like him again.

Adele processed the breakup of a man she once wanted to marry with the song. However, shortly after her partition, she got engaged to another man. For Adele, the music probably had a lot to do with heartbreak but ended up giving her another hit song. The song shows that you can cope with virtually any divorce.

In any case, with the song, Adele has appealed to numerous people.


Symphony probably describes what many of us know: You grow apart, and in the end, you don’t even know why. As much as a breakup hurts, sometimes it’s the right thing to do when both partners realize that they’re just not happy with each other anymore and too much has changed.

Symphonie is one of the most beautiful German ballads and an incredibly successful breakup song. Maybe it’s just because most people can understand the situation behind it so well. Good lyrics combined with fantastic music!


With Who Knew, Pink proves that you should probably never be so sure of yourself… The song describes that you couldn’t imagine how it would end a few years ago. Most people can probably say that at the beginning of their relationship.

The song proves that it is easy to be mistaken in people, especially when wearing rose-colored glasses. With Who Knew, Pink has certainly helped many people after a divorce or breakup and shown that even megastars have to suffer heartbreak from time to time!


In Believe, Cher questions whether you believe in love after love? Do you still have the strength and confidence to do this?

Anyone who has broken up with their partner has undoubtedly asked themselves this question at one time or another. Most of us are not ready to fall in love again right away and wonder if we will ever be able to do so again? Or one wonders if one’s ex-partner will ever find such love again?

Be that as it may: Cher proves with this song that she knows what is going on in people’s minds after a painful breakup.

05. Love Is On The Way by Celine Dion


With this soulful, relatively unknown ballad, Celine Dion not only proves that she has a great voice to offer but also expresses the fact that everyone will love again someday. The song describes that love is practically on the way and will eventually find you again.

One can see this song probably as true encouragement after separations. The song offers feeling, empathy and lets you refuel new strength for the future. In addition, it provides an incredibly beautiful musical backdrop.

06. I Will Always Love You by Whitney Houston


I Will Always Love You is probably one of the most famous songs when it comes to the topic of separation and parting go. In her most famous song, Whitney Houston describes that she will probably always love him and still knows that she has to leave. Almost everyone probably knows situations you do not want to separate, yet it must, for different reasons.

Who does not fit each other will love each other perhaps nevertheless always, even if one goes from now on separate ways. The song gets under your skin in any case and proves that a breakup doesn’t always have to happen in a fight.

07. I Will Survive by Gloria Gaynor


I Will Survive describes that after every parting from each other, it has to go on again. In the end, you survive the situation and come out of it stronger than before. The song shows that you don’t have to sink into tears but can find the strength to realize that you haven’t lost as much as you thought at first sight.

Often you only realize much later how badly the other person has treated you. It is a song that proves that many people only later realize that they should have left much earlier.


With Scherbenmeer, Christina Stürmer expresses her grief. Here you also find a very emotional song that hits you right in the heart.

You imagine a future, plan everything and find yourself in a sea of broken pieces in the end. Thank god it happens to other people too! The song speaks probably many people from the soul and is, therefore, one of the most famous German separation songs.

09. I Will Love Again by Lara Fabian


I Will Love Again became a hit for Lara Fabian. The reason for this is certainly the stirring music, but also the successful lyrics. This song is also about loving again someday, even if it may take a lifetime to do so.

Although the song is actually quite sad it also promises a lot of optimism. After a breakup or divorce, you may feel like you’ve reached the end, but eventually, things pick up, and you fall in love again and get over the old story. I Will Love Again gives sympathy and a lot of comforts!

10. Yesterday by the Beatles


Yesterday is one of the most famous songs of the Beatles and is considered a real Song of lovesickness. Here a breakup is being processed, and you ask yourself why everything had to come this way? The song contains a certain melancholy, which reminds the beautiful hours.

Just the day before, everything was perfect, and you were happy. Probably many people can understand this situation because not for nothing Yesterday became a real-world success. The Beatles prove with this song that they could make great music and put themselves into the feelings of others.

11. If That Is Love by Glashaus


Also, this song is a song where you have to suffer. Glashaus proves with Wenn Das Liebe Ist that you should ask yourself more often what hate is if love can feel so terrible?

There are probably many people who have asked themselves this question before and therefore feel addressed by this song. The song helped Glashaus become a hit and perhaps made the heartbreak a little easier for many people.

12. I Found Someone by Cher


With I Found Someone Cher probably settles accounts with one of her ex-boyfriends. The song describes that she has fallen in love with someone she believed everything.

In the end, the whole thing was more of a disappointment, and there was a breakup. But now, she found someone who could take away her heartache. So there is another way to deal with heartbreak!


The Austrians Paul Pizzera and Otto Jaus prove with Everyman that a Love song can also be different. Here one settles accounts with the ex-girlfriend, for whom one has done everything. The song proves that women suffer from heartbreak, and numerous men are lied to, cheated, and used.

Cheers for equality and the fact that there are also men who can stand by their feelings!


The fighter is among one of the most famous and popular songs by Christina Aguilera. In the song, Christina describes that she was desperate, but in the end, she thanks you for all the things you put her through.

Why? Because now it has only made her more robust, and she learned from the situation. In other words, thank you for mistreating me.

Now I know how strong I am and how fierce I can be!


One of the most beautiful and famous ballads covered by Lara Fabian: Je Suis Malade. The song describes how you feel after a breakup and how mentally ill you can be afterward.

Je Suis Malade is not only particularly emotional but also proves that the French language is beautiful.

5 Tips on how to get over your heartbreak:

Heartbreak hurts, and there’s no escape until you face your problems. Get your life back on track with these five tips.

1. Accept the breakup
Even if you decide to stay friends with your ex, don’t do it!

At least you do not start. That doesn’t mean you should never speak to your ex again, just that wounds can’t heal if they’re reopened over and over again. Keep your distance!

2. You are allowed to grieve!
The end of a relationship, especially if it comes as a surprise, always leaves you with heartbreak.

Allow yourself to be sad, and don’t try to suppress your emotions.

They will support you. Sometimes it helps to have a shoulder to cry on.

4. Meet up with friends
Distract yourself. Do sports.

Go out into the fresh air—date with friends. Finally, try to have fun again!

You will feel better sooner than you think.

5. Rediscover life
During a relationship, many things can fall by the wayside.

Have you always wanted to take a yoga class? Learn a new language? Or take a spa weekend?

Now you have the chance to discover and get to know yourself anew.

Music may not heal wounds, but it helps to process them. Numerous songs deal with breakups and heartbreak and sometimes help more than 1000 words…

Spanish Hits: The 116 Best Spanish Songs Of All Time