Songs About Racism: The 80 Best Songs Against Xenophobia

Table of Contents The 80 best songs against xenophobiaRacism Spotify Playlist: Sharing Racism and anti-Semitism are still topics confronted almost daily, even in the supposedly enlightened 21st century. In the 21st century, people are discriminated … 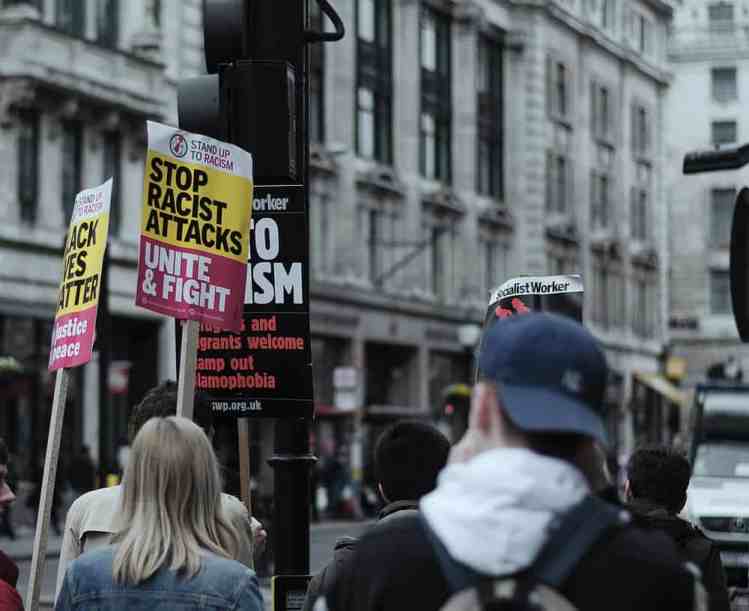 Racism and anti-Semitism are still topics confronted almost daily, even in the supposedly enlightened 21st century. In the 21st century, people are discriminated against because of their origin.

Not a day goes by that the news does not report about xenophobia. On Facebook, Twitter, and Co, there is always someone who posts an offensive comment. These times are stressful, but it always helps to have a few good songs against racism on hand to get you through the frustrating day.

Songs against xenophobia have been around for many decades. Racism has been a recurring theme since the blues came into being. As a means of expression for their anguish and argument with racists, musicians use their craft to protest and educate musically.

You can find Play songs at a protest or just let them inspire you. The songs stand for justice and fight for values like acceptance, tolerance, and respect.

More and more famous artists have also spoken out against racism in recent years, putting their thoughts and experiences into their songs. A new generation of artists addresses racism, violence, and disillusionment in a way that inspires hope!

Singer Beyoncés with “Freedom” or rapper Macklemore and Ryan Lewis with “White Privilege II” show what they think about xenophobia. D’Angelo and Kendrick Lamar even produced whole albums on this theme. Icons like Prince, Jay-Z, Stevie Wonder, and Michael Jackson released songs in response to various instances of police brutality.

Even typically apolitical stars like Kelly Clarkson, Ariana Grande, and Usher have spoken out against xenophobia.

The 80 best songs against xenophobia

149 Songs About Heartbreak: Songs To Forget Your Ex

The 100 Best Songs About Jealousy