Shower Songs: The 85 best songs to sing in the shower

Table of Contents Wake Me up Before You Go-Go by Wham!MMMBop by HansonPromiscuous [feat. Timbaland] by Nelly FurtadoParty In The U.S.A. by Miley CyrusCry Me A River by Justin TimberlakeWork by Iggy AzaleaB*tch by Meredith … 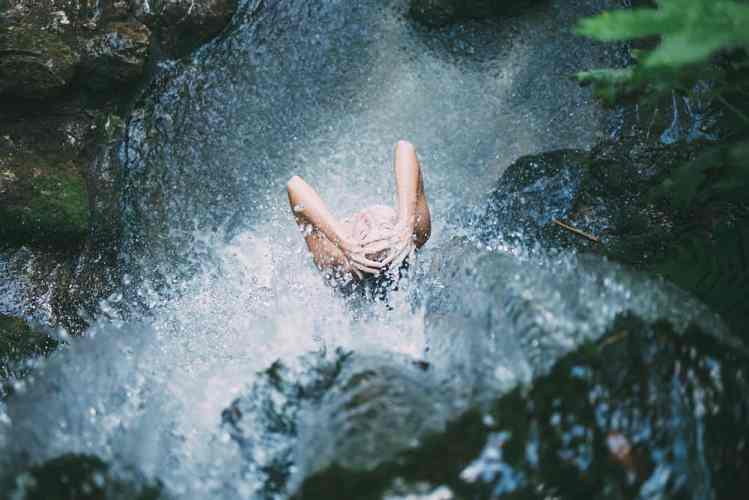 In the shower, everyone becomes a musical superstar. The curtain is closed, the water is running, the shampoo spreads on the scalp, and you scrub the rest of the body clean with the shower gel. Now is the moment when the shower becomes the venue for a live performance that puts big music stars like Michael Jackson, Christina Aguilera, or Beyoncé in the shade.

The shower gel becomes a microphone, and under the warm water, it doesn’t matter what you sound like. In the shower, every note sits, and the vowels bounce off the walls, leaving you with an excellent symphony concerto.

There’s nothing better than singing in the shower. All our inhibitions and insecurities are flushed down the drain.

But what are the best songs to become a rock star in the shower? We’ve compiled over 85 songs for you that will get you instantly Sing along animate.

(You can find a Spotify playlist at the end of this article.)

Wake Me up Before You Go-Go by Wham!

This pop song the English band Wham!, is perfect when you get in the shower in the morning. The Good mood song motivates you for the upcoming day and the catchy melody invites you to sing along.

You’re approached by a “potent lover” in the shower. With these lyrics, you show him his limits.

Party In The U.S.A. by Miley Cyrus

Party In The U.S.A. Shower! Miley Cyrus delivered a real 2009 Party hit which has since become a popular shower number.

Cry Me A River by Justin Timberlake

The damage is done. Your Heartbreak is infinitely painful. Let your emotions run wild with this song.

Cry a little, anything goes in the shower.

“Work” talks about the hard day at work and how to best cope with it. From rags to riches. The whimsical song is perfect for starting the day motivated.

This song was already sung in 2000 by Hollywood actor “Mel Gibson” in the comedy “What Women Want”. To this day, this song can be heard in millions of bathrooms.

The song is about showing resistance, even in the face of great external pressure. Stay as you are, is the message!

Say My Name by Destiny’s Child

“Say My Name” will help you live out your wild streak and get ready for the day. Unless you shower at night before you go to bed.

The song explains to your future husband exactly what he has to do to conquer your heart. The perfect song to sing in the shower so your boyfriend knows what’s up first thing in the morning.

Show your colleagues at work who the real BOSS is!

The perfect song to imagine bathing under a warm waterfall while singing this pop number.

Earned It (Fifty Shades of Grey) by The Weeknd

You want to feel sexy in the shower. This song gives you enough validation for that. By the way, this song is also a great song about To heat up your partner!

Another 90s hit, that everyone has been humming along to. For the shower, this song is just right.

I Wanna Dance With Somebody by Whitney Houston

Attention is slippery! Even if this song makes you want to dance, keep in mind that you’re still in the shower.

This small selection from our 85 songs was perfect for singing in the shower. Be sure to listen to our shower playlist!

Playlist: 85 songs to take a shower

The 59 Best Schlager Music For A Successful Celebration

The 100 Best Funk Songs Of All Time