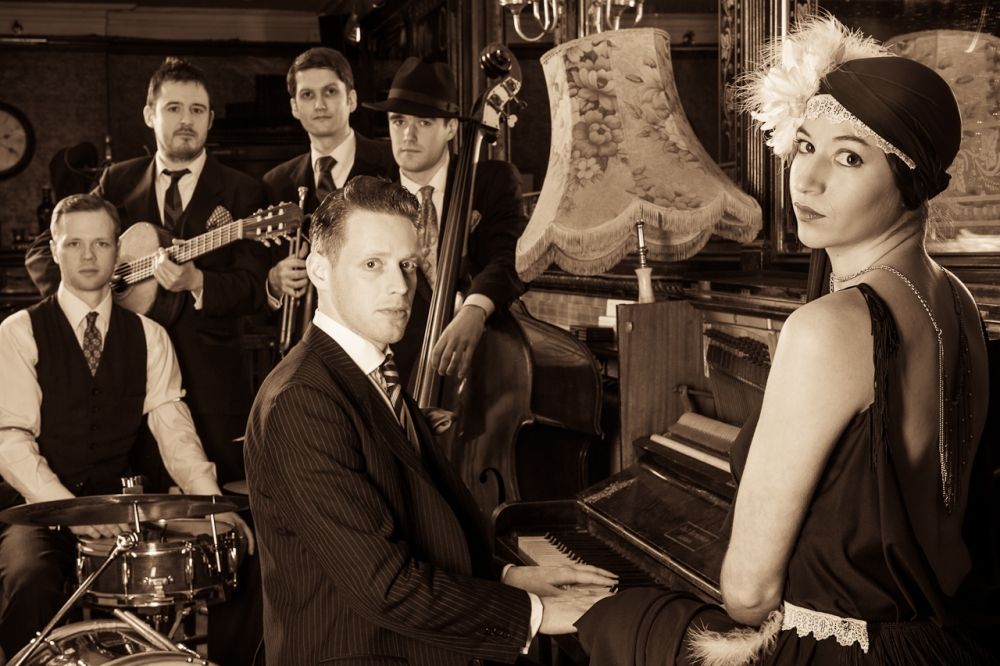 The 1930s were a decade in which the war also had a serious impact on music. In Germany, the radio, which was so popular at the beginning Jazz music was forbidden. Swing was considered the music of the blacks and was therefore censored by the Nazis.

But the 1930s were also the decade of unforgettable Love songs. Many of the popular classics we know today were created during this period. The 1930s are also often described as the golden age of radio. Most people did not have a television, so the radio was the focal point in every home.

Radio was filled with entertainment of all kinds: stories, poetry, news, live music, and much more.

Songs in the 30s were often more famous than the artists themselves. It was not uncommon for a song to be recorded by multiple performers.

Music from the USA was generally optimistic and sometimes very relaxing. Humor was an important element in pop music. In Germany, with the beginning of the censorship of American music, the radio played mainly German folk songs, home songs, and military marches.

These songs were chosen for their initial and enduring popularity and for their impact and influence on the course of music history. At this time, most of the songs were recorded by many different performers, so we’ve chosen the most popular version for each one.

(At the end of the article we have created a Spotify playlist for you with all the songs listed here.)

Each song is linked to its accompanying music video via its title.