Funeral Music: 195 The Most Beautiful Songs For Funerals

Sharing The death of a loved one is one of the most challenging times in most people’s lives. Grief overshadows the days and weeks to come. The final goodbye takes place at the funeral service. … 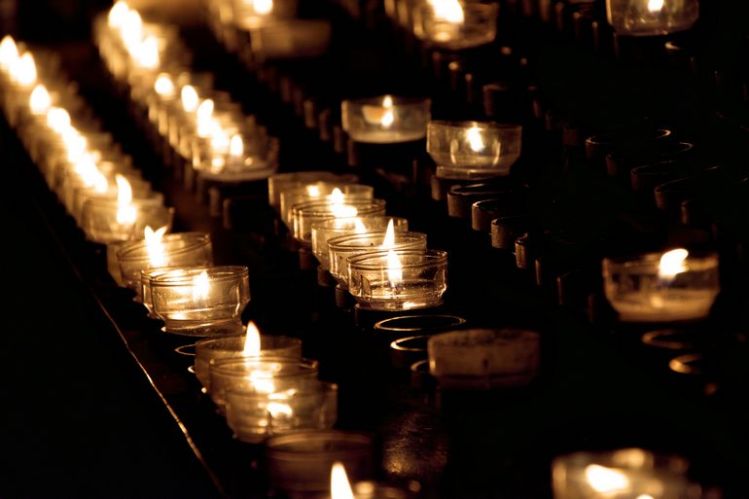 The death of a loved one is one of the most challenging times in most people’s lives. Grief overshadows the days and weeks to come.

Songs can arouse emotions even better than words, comfort, or encouragement. The appropriate music can further express one’s grief and feelings for the deceased. Funeral songs are often chosen to help close the emotional wounds and begin healing.

Many people use songs that celebrate life for funerals. Sad and sentimental songs Are chosen less and less for a funeral service. Just the right choice for mourning music can be quite a challenge. For this reason, we have compiled over 200 songs on this page, which we have divided into different categories.

So hopefully, the choice of the appropriate song for the funeral is a little easier.

The most popular songs for the funeral:


The song of the Irish singer Enya became in 2001 the mourning song par excellence. The song was broadcast worldwide on television to commemorate the victims of 11. September played.

Since then, the song has been one of the most frequently played funeral songs. The music expresses that we are helpless and cannot foresee what life will bring, and only time knows what the future holds.

That just includes death, which we have little control over and which sometimes enters our lives unexpectedly.


With this song, the name is a program. It is probably the ultimate Farewell Song at all.

With the voices of Andrea Bocelli and Sarah Brightman, this song has a classical touch and seems very dignified and powerful. The content of the song is Performered very differently. On the one hand, it can be a Love song be understood. When two people say goodbye to their loved ones to go on a journey together.

3. Israel Kamakawiwo – Somewhere over the Rainbow


Judy Garland sang the original song in the 1939 classic film The Wizard of Oz. Since then there have been countless Cover versions. The most beautiful one for a funeral is the Hawaiian Israel Kamakawiwo.

His soft voice and a ukulele carry the whole song. Among other things, that’s what makes it so unique. But also, the feeling that the music conveys is extraordinary. Unlike many other mourning songs, it is less melancholy and melancholy but gives a sense of security and contentment.

When a loved one dies, you wish that they would go to a nicer, better place. That’s what this song conveys: a better place, somewhere over the rainbow.


The song by the Beatles is very suitable for funeral service because it has something very comforting and peaceful about it. The song is about not losing hope even in hard times because they will pass.

Paul McCartney wrote the song in memory of his mother, who died of cancer after a long battle when he was 14 years old.


Clapton’s Tears in Heaven is a classic and played at several funerals. In the song, Eric Clapton deals with the unfortunate death of his four-year-old son, who died from 53.

The song was played when the first floor in New York collapsed. In the song, he imagines seeing his son in heaven and wonders if he would recognize him.

6. Elton John – Candle in the Wind


Elton John originally wrote this song in 1979 for Marilyn Monroe, who had died 11 years earlier. After the death of Princess Diana, he recorded a second version of the song, which was given the additional title Goodbye England’s Rose.

Generally, the song is about how a person is taken out of life too early. Therefore, it is especially suitable for the funeral service of relatives who have suddenly lost a loved one.


Danny Boy is an old folk song from 1913, which Celtic Woman reperformed. The content is about a mother whose son Danny has to go away. She promises to wait for him.

Even though she may be dead by then, she hopes he will return and sit by her grave. This is one of those songs that convey the feeling of grief well and is therefore very suitable for a funeral.


Dylan’s classic Knockin’ on Heaven’s Door is probably one of the most frequently played songs at a funeral service. The song is about a man dying and laying down his arms. He feels himself going up to heaven and knocking on the door.

Although the song contains very few lyrics and only four chords in the original version, it extraordinarily touches its listeners.


Ed Sheeran’s song Supermarket Flower is very emotional and leaves no one cold who hears it. In the song, Sheeran sings about his grandmother, who died in 2017. He wrote it especially for his grandma’s funeral and was never intended as a track for his album.

The family was understandably moved by the song that they encouraged him to include it on his album Divide. Ed Sheeran is a gifted songwriter whose lyrics are often emotional and profound.


The song belonged to the hip-hop genre and was recorded for the soundtrack of Fast and Furious 7. The song was a tribute to actor Paul Walker, who had starred in all parts up to that point. However, he died in an accident in 2013, before the 7. The part was turned off in an illegal street race.

The song has something melancholy and hopeful at the same time. The two rappers address a deceased good friend who left too soon and is sorely missed in the music. In the chorus, they sing about the hope that they will meet again, and then they can tell him everything.

The places 11-78 of the most popular songs for the funeral:


There are countless versions of Ave Maria, and Schubert’s variation is probably the best known and most frequently played. Many people associate the religious song with a funeral service.

From Andrea Bocelli to Celine Dion and Beyoncé, many great voices have sung this song, also in different languages. In the song, a young girl prays to the Virgin Mary and offers protection and security in the dark times. The gentle melody seems sad and yet is very solemn and dignified.

No matter which version you ultimately choose, Ave Maria is one of those funeral songs you can’t go wrong with.


As is often the case with classical music, Edward Elgar’s Angel’s Farewell is also about a religious message. The piece comes from the oratorio The Dream of Gerontius. It is about the soul of a man who is traveling from purgatory to heaven.

The piece Angel’s Farewell describes the scene in which the soul meets an angel on its journey. The angel tries to calm him down and take away his fear on his way to heaven and how he will be judged there.

The song sounds very powerful and yet sad. The melody is compared to other pieces and still can be carried by a piano alone. For a funeral, the song is a very nice selection.


When you hear Adagio for Strings, you immediately think of a funeral service. This is perhaps because this piece was played at the funeral of many celebrities. These include Albert Einstein or Grace of Monaco.

On the radio, the song was played during the deaths of Princess Diana, John F. Kennedy, and Franklin D. Roosevelt were announced. Even in movies, Adagio for Strings is often played to add music to sad and dramatic moments. Over the years, the song has become one of the greatest mourning songs. Barber composed the piece for string instruments.

This instrument can convey sorrow and grief particularly well compared to wind instruments. Another point in favor of this classical masterpiece.


The Funeral March by the Polish composer Chopin is also one of those funeral songs that immediately make the listener think of death and burial. Although the Funeral March is a musical genre of the classical period and there are many different funeral marches by different composers, the one by Chopin is probably the best known.

Everyone probably knows, especially the first bars of the piece, but it has much more to offer than this short melody. It is mighty and, at the same time, graceful and dignified. Perhaps this is why it was used for the funerals of several heads of state, including John F. Kennedy played.

The Funeral March was also played at the funeral of Chopin.

Places 6-45 of the most popular classical funeral songs:

Each song is linked by its title to the corresponding music video.

Burying one’s mother or father is undoubtedly one of the most challenging tasks a human faces. But when the right song is found, it is a beautiful way to say goodbye. If music can evoke parents’ memories, it should be added to the shortlist.

Many friends share the same taste in music. Maybe the deceased friend even has a favorite song. The best themes for a friend often take you back to good times and reflect the special bond you share.
Each song is linked to its music video via its title.

Funny songs for a funeral are not to everyone’s taste. Often songs like this are an excellent way to cheer everyone you, and maybe this is precisely the kind of music that fits the deceased.
Each song is linked to the accompanying music video via its title.

Choosing funeral songs for a funeral is a very personal thing. Because every person grieves differently, and every funeral service has its own story. The selection presented above covers a variety of tastes and scenarios.

At the same time, many songs have a universal message that anyone grieving can relate to. Because ultimately, it’s about a loved one who is no longer among the living and is sorely missed.

Spanish Hits: The 116 Best Spanish Songs Of All Time

330 Sad Songs That Make You Cry