80s Earworms: 20 Songs You Can’T Get Rid Of Anymore 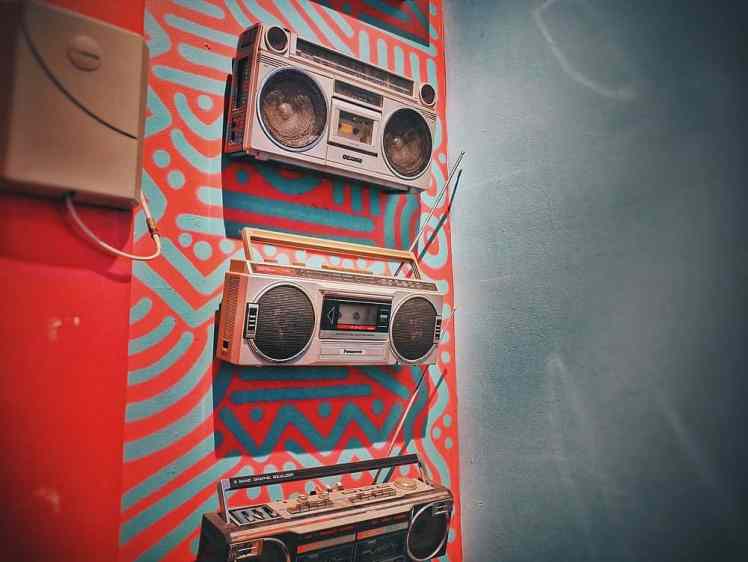 Each decade brings forth songs that make their unique place in music history. Especially in the 80s – the decade was known as the cult decade – many hits, stars, and starlets were born that still have numerous fans today and are constantly gaining new ones. In the following list are 20 good examples of 80s catchy tunes, which year after year across generations in millions of memories and will continue this estimated forever.

Bet you could hum along to every single track listed – even though each one is at least two decades old?!


The title developed for the Norwegian band from Oslo, not least thanks to a catchy and with a high voice Performered refrain of the singer Morten Harket, to enormous international success. In more than ten countries, including the USA, Germany, and Australia, the group reached number 1 in the singles charts. Fortunately, the Scandinavians have remained persistent because in the beginning, “Take On Me*” was twice written off as a flop.

Only a revised version and a third release led to a world hit, still considered one of the biggest 80s earworms today.


Still, Nena counts as the most successful artist in Germany. Of course, their music is more contemporary and oriented to the current music market. But it is the 1980s in which they wrote music history.

Their anthem against the war, which one generation after the other sing-along can let her become an icon of pop music and one of the most german 80s earworm brought to life. Because 99 Luftballons is also known in the USA, Japan, New Zealand, and Spain. A version with English lyrics also reached pole position in Ireland, England, Mexico, and Canada.

In the film, “Eine Hochzeit zum Verlieben” by 1998, lead actress Drew Barrymore sings the title – also in the original English version – in German.


The very androgynous and colorful appearance of frontman Boy George provided the visuals, his voice an Earworm of the 80s. And this one is not only catchy to the ear but also conveys a message: Whoever lives exactly the way he feels.

To him, karma will bring only good things.


Due to the Austrian Falco, another German-language song appears in this list, which became an international cult hit of the 1980s. His tribute to the famous composer from his home country reached between 1985 and 1986 topped the charts in the UK, USA, New Zealand, Sweden, and South Africa.

To date, it is the only play in Germany to have succeeded in doing so in the United Kingdom and the United States.


This track is an anthem not only for self-confident ladies. It is clearly one of the great 80s earworms, that still resonate today.

And hardly anyone has had such a lasting influence on the film and TV landscape. In numerous productions such as Family Guy, Two and a Half Men, Clueless, or To Wong Foo, scenes were acoustically underscored with the song.

06. Eurythmics – Sweet Dreams (Are Made Of This)


Her idea of “sweet dreams” brought Annie Lennox as the frontwoman of the Eurythmics 1983 on the market. And it met with the approval of a wide masses. The track placed within the top 10 in over 15 countries reached top positions in many states, including Switzerland, France, and Germany.

Result: Among others, the Ivor Novello Award for Best Lyricist of the Year and an MTV Video Music Award in the category of Best New Artist.


Big hits don’t always have to be scandalous, taboo-breaking, and sensational. This song by a British band from London is simply routine.

The song is about a family of the social average, living in a typical terraced house. Sufficient people could identify with the content: The production reached the top 10 charts in ten countries, while in Canada and Sweden, it even managed to take the pole position.


Even though the artist did not pen this song – the original version was written by Alan Merrill in 1975 – Joan Jett’s version is the best known and popular 80s catchy tunes par excellence. Reached the top chart position in Sweden, the Netherlands, and the USA.

More Cover versions artists such as Britney Spears (2002) and Alex Gaudino (2008) also released their own editions as official singles and were able to celebrate success with them.


The third 80s earworm made in Germany comes from Peter Schilling from Stuttgart, who with “Major Tom 1982 became a star of the New German Wave advanced. In Germany, Austria, Switzerland, and the Netherlands, the composition developed into an Earworm of the year.

An English-language version reached #1 in Canada, #2 in France, the Top 10 in South Africa, and #14 on the American singles chart a year later. The title was covered by Callejon and Apoptygma Berzerk, among others, and used as a sample by US singer Hillary Duff during her “Dignity” tour in 2007.


This rousing rock number not only took off in various hit lists. It was chosen as the official soundtrack of the action film Top Gun released, in which Tom Cruise mimed a fighter pilot.

In Germany, Canada, and Switzerland, Kenny Loggins secured a Top 10 success with this song, while in Japan, due to 100.000 records sold, he was presented with a gold record. More than 42 million people saw the film in North America alone.


Somewhat sad, yet captivating and graceful can be called the biggest hit of this Welsh singer. Six million copies of this title, which is a slightly altered version, even became a prominent part of the musical “Dance of the Vampires,” were sold worldwide. It was produced for Meat Loaf, but his record company decided against accepting the song.

In 2015 the 80s earworm was voted by the British public as the 3rd best number 1 single of the cult decade.


In 1982 this composition was released – and became the biggest hit of the seven-member band from England. As it is the only release of the group that also enjoyed international success, “Come On Eileen” is one of the most popular songs in many countries One-Hit-Wonder. The American broadcaster VH1 even put the title in 2002 at № 3 of the 100 best one-hit wonders of all time.

In the USA, the single climbed, namely once the point of the Billboard Charts. Also, in South Africa, New Zealand, Belgium, Ireland, and Australia, the track became a number 1 title. In Great Britain, it sold more than one million copies, making it one of the most successful 80s catchy tunes ever.


Hits in the course of her career Cher had certainly so some. But the 80s earworm from this artist, who has been an idol and icon at the same time for decades, is “If I Could Turn Back Time*” from the year 1989.

The track, which is still on numerous playlists of all radio stations around the globe, could “only” climb to number 1 in the Australian charts. But the song also became a hit in Belgium, Ireland, Italy, and Germany and is still considered the diva’s musical flagship. The lyrics were written by Diane Warren, who was also successful as a song lyricist with “Because You Loved Me” (sung by Celine Dion) and “There You’ll Be” (sung by Faith Hill).


If there is one title that needs a few words, it is this one: “Beat It” is one of the reasons why Michael Jackson will remain the “King of Pop” forever. It sold millions of copies and is still celebrated around the world today!


Although Hip Hop became commercially successful only much later, there is also a representative of this genre in this list – and this one comes from the legendary trio Run DMC. “Walk This Way*” originally came from Rock band Aerosmith, who also had a Top 10 success in the USA and Canada with this title in the 1970s. Still, the Hip hop formation also reached the charts in Oceania and Europe with their version. MTV broadcasted the corresponding music video in 1999 at number 5 in the best music videos of all time positioned.


Bolland & Bolland from the Netherlands held with this song 1982 for weeks at the top of the Norwegian charts. Four years later, the English rock group Status Quo picked up the title.

And with their version, they made it to number 1 on the charts in Germany, Austria, Switzerland, and Ireland! Also, in Spain, France, Great Britain, and Sweden, they achieved top positions. The majority is unaware that the original is not by Status Quo.


To date, the Scottish group has sold about 70 million records. One of their most successful titles: “Don’t You (Forget About Me).”

The number became an international success and even reached number 1 on the bestseller list in the USA. The positive response might have been the use of the song in the movie “The Breakfast Club” with Molly Ringwald and Emilio Estevez in 1985. As a producer is, Steve Schiff, the former Guitarist and lyricist of the Nina Hagen Band, was involved.


It’s hard to believe, but George Michael and Andrew Ridgeley, as Wham! more than just the Christmas classic “Last Christmas” – which was also an 80s catchy tune is – fabricated. “Wake Me Up Before You Go-Go*” was not only published earlier but has also been more successful! They topped the charts with this song in over ten bestseller lists and were awarded platinum in Australia, Canada, and the USA, among other places.

Ridgeley’s mother inspired the song’s genesis after asking him to wake her up – so she could get to her job on time.


All good things do not always have to be three. Two attempts were enough: “Here I Go Again” was released for the first time in 1982 and experienced moderate success in various countries. The second release in 1987 brought the longed-for feedback.

In Canada and the USA, the single climbed to number 1 in the charts on its second attempt. Also in Germany, 22 chart positions could be achieved. While the first release landed only on position 51, the second one fought its way up to the 29th position.


The Rolling Stone magazine recently included the artist in its list of the best songs of all time due to this release’s best songs of all time. Internationally, the song became a success, while the singer herself – despite selling millions of records – has rarely been seen in commercial media and even today keeps a low profile. But really, everybody knows this title.

Not least by cover versions of Jonas Blue or Tobtok.

The hits of the 80s rocked and still rocking. Try not to forget the tracks you just heard. They will haunt you for the rest of your life!

80s Party Songs: The 104 Best Party Hits From The Eighties