The 59 Best Schlager Music For A Successful Celebration 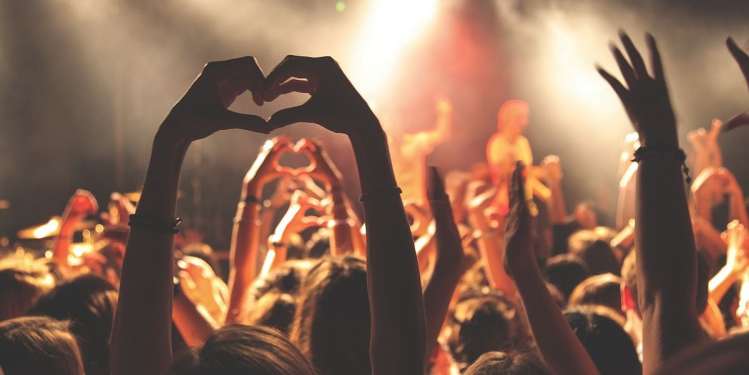 Schlager is a great music genre, and not everyone can relate to classic pop music. But if you take a closer look, you will soon realize that the German Schlager has its charms and not infrequently gets one or the other party started properly because everyone can sing and dance along to a Schlager song.

Have fun browsing through our list for your next Schlager party!


If you think that only the old hands of the genre belong to a successful Schlager party, you are very much mistaken. Even today, many great hits by young pop stars are released. A good example is the young Austrian Andreas Gabalier. “Hulapalu” is just one of the singer’s many successful hits.

With this song, the flirt on the dance floor works out without problems because the lady in the lyrics would like to do, is not quite youthful. The rousing melody rounds off the wicked hit perfectly and must be present at the next party in any case.

02. Breathless through the night by Helene Fischer (2013)


Today’s best known and most successful pop star is the German singer Helene Fischer. She has ensured fully booked concert halls for years and brings one hit after the other. Her biggest success was undoubted “Atemlos Durch die Nacht.”

The lyrics are about a couple enjoying their love and life without limits. Helene Fischer even won an ECHO with it in 2015. This song is also made for a crackle on the dance floor of a great Schlager party.


As soon as the days become cold and dark in our latitudes, many people with the warm season and its comforts return. This fact seizes the Swiss Pop singer Beatrice Egli in her 2015 hit song “Summer.”

A song packed with the longing for sun, beach, sea, paradise, warmth, joie de vivre, feeling, and light. It’s a classic hit song with content that appeals to everyone, so it makes a great addition to any party.


A humid happy Carnival song of the Cologne band Höhner is “Viva Colonia”. Born out of great love for their hometown Cologne, the artists released the song in 2004, making it the unofficial anthem of the city.

It stayed in the charts for weeks, was translated into eight languages, and reached 150.000 copies, the title of the best-selling hit since the year 1975. The song should express pure joie de vivre and invites to sing along loudly and celebrate. Not for nothing, Höhner even won a gold record with it.


Without a doubt, Mickie Krause is one of the most popular Mallorca entertainers of our time. Many of his Ballermann hits Are party-worthy, but unfortunately, we can not present them all.

But we have picked out one: “Schatzi, schenk’ mir ein Foto” from the year 2010. The lyrics are about a young man who falls head over heels in love one evening at the sight of a strange woman and approaches her with an – admittedly very clumsy – come-on. This method is not recommended for party guests, but the song is great for partying and should be part of every party.


Andrea Berg is still far from disappearing from the scene. The years of success are a testament to her talent in the Schlager industry, and even today, she shows what she can do. In 2016 she released “This night is worth every sin” from the album “Soulquake” and landed another hit.

In the song, a woman meets a forgiven man who unexpectedly invites her to spend the night with him. Her heart is doing somersaults, and the love frenzy is taking hold – so hopefully on every successful party.


This song is a typical Mallorca hit – a party hit with funny lyrics and groovy rhythm. Everyone knows the verses and the gestures that one while dancing and everyone is just waiting for this song to be played when it’s called Schlagerparty again.

The work is based on an old children’s song from the end of the 50s and was revived by Markus Becker’s version in 2007.


Pop singer Michelle releases “Herzstillstand,” a party hit with disco potential. The main character in the song is freshly in love and can not believe it.

She reacts with extreme physical reactions and even fears a Cardiac arrest, So overwhelmed is she by the beautiful feelings of new love. Can there be a more suitable hit to fall in love with on the dance floor? In any case, the song from 2015 promises only good things – even if it’s just to get the party started.


A hymn of praise to the party island of Mallorca sang the German pop star Peter Wackel in 2013. Anyone who has ever traveled to the Spanish peninsula can confirm that the party there never ends. The song highlights all sides of Mallorca life: long nights, lots of alcohol, crazy vacationers, chips and pizza, loud music, fun parties, and, of course, the sun, beach, and sea.

Which guest does not get with the song desire on party vacation? “Scheiß’ Drauf” is a compulsory program at a party and should encourage the guests to “shit on it” and have fun.


The two hit stars DJ Ötzi, and Nik P. Have 2014 with “Born to love you,” released another banger. The main character in the song promises his beloved eternal love. With this song in the background, even the most awkward boy will surely find it easier to convince his girlfriend of his feelings.

The two pop singers have been popular at every party for years, and rightly so – their hits are rousing, appealing, and well-thought-out.


The beginning makes this true Dauerbrenner under the Schlager hits. In this song from 2001, Andrea Berg sings about a man who completely drove her crazy but can’t commit to him. Despite a multitude of missteps, she falls for him anew every time.

Many are familiar with this problem of doing the wrong thing repeatedly in the rush of emotions; thus, most party guests will be able to relate to the story very well. Not for nothing was this hit number 2 in the GEMA top ten international songs in 2007.

Each song is linked to the corresponding music video via the title.
Modern Schlager songs that no Schlager party should be without:


Another work that everyone knows and to which everyone sings along can. Matthias Reim, who composed it for other performers, unceremoniously released the song after record companies had no chance of success. The single sold millions of copies were number 1 in the German-speaking charts for months and is still a must at every good party.

The lyrics are about a man who loves a woman but has lost her due to his urge for freedom. Now he sings about his emotional chaos and painful loss.


This funny German earworm from 1977 is about a man driving on the highway behind a woman he doesn’t know and imagines who she is, what she is doing, and where she is heading right now. While he has no evil thoughts, the woman becomes more and more nervous as she feels that the man behind her is following her. The story ends with the woman driving off the highway to get rid of him.

In the year of its release, the song was not very successful, but in the years that followed, it became more and more popular, and today it is one of the most popular Schlager hits at every party.


One of the best musical works is certainly this hit song. In this song, the singer assures his lover, “What I want is you,” and wants to leave out unnecessary discussions and annoyances.

The song landed directly at number one in Austria and Switzerland, at number two in Germany. It was on the charts for weeks and reached more than 600 songs.000 copies sold. The rocky sound gives this hit song a certain coolness and should not be missing at any party.

The song was a big hit and is still one of the most famous Schlager party songs today. The song itself is about the disregard of women’s abilities at work and in everyday life and in activities such as playing cards, which at the time when the song came out was a purely male domain in the taverns.


Madness is a song of the same name from 1983 by German pop singer Wolfgang Petry. He sings about the woman he loves but leaves for another man.

He searches all over the city to win her back over in the process. The song only made it to #38 in the German charts at its release. But at the end of the 90s, a remix followed, and in the years after, “Wahnsinn” became more and more popular.


After Udo Jürgens had waited for two years for the right lyrics for his melody composed after a vacation in Greece, “Griechischer Wein” came into being. The lyrics describe the loneliness and homesickness of the first Greek guest workers who settled in Germany in the 70s.

With Greek wine and the old familiar songs, they revel in thoughts of their homeland and their families left behind. It reached number one in Germany and Switzerland, and number two in Austria. Which song would fit better to a damp merry night than this one?


Another heartbreak hit by Wolfgang Petry joins the list of the best Schlager party hits. This is also about a man who has lost his great love and now suffers loneliness at home. At the beginning of the 90s, the song was a huge success, and still today, you can hear it at all good Schlager parties.

Hardly anyone who can not and will not sing along. A hit that you should not miss at any party.


People beyond the 30 know it: The Longing, to be young and free once again. Free from worries, duties, and hardships, in a youthful and crisp fresh body.

In the biggest of his many hits, Chris Roberts sings about the fact that everyone ages, but that’s no reason to be too sad he is. Age holds many positive surprises, and this realization should be celebrated – best at the next party with “You can’t always be seventeen.”


The US-American singer Connie Francis celebrated great success in the early 60s with her fourth German song, “Schöner fremder Mann” (“Beautiful Stranger Man”). She knew exactly what she wanted: This one man, but he was stupidly together with another woman.

But in her dreams, he was hers, and she would never feel more for anyone than for him. Who is just as in love or would like to fall in love comes to this hit hardly past. It belongs to the obligatory program at every celebration.


All children of the 70s, 80s, and 90s know the cartoon character Maya the Bee and the corresponding song. Who doesn’t like to reminisce about childhood memories, memories of carefree and beautiful times? The easiest way to do that is with the help of music. “Maya the Bee” is a cult hit everyone can sing along to.

The song with catchy tune potential entered the charts and is still one of the most popular hits on German TV today.

Each song is linked via the title with the corresponding music video.
The following Schlager songs let you reminisce and heat up the party. Rediscover old hits!

The 100 Best Folk Songs Of All Time

Shower Songs: The 85 best songs to sing in the shower