Classical Music: The 100 Best Classical Songs Of All Time 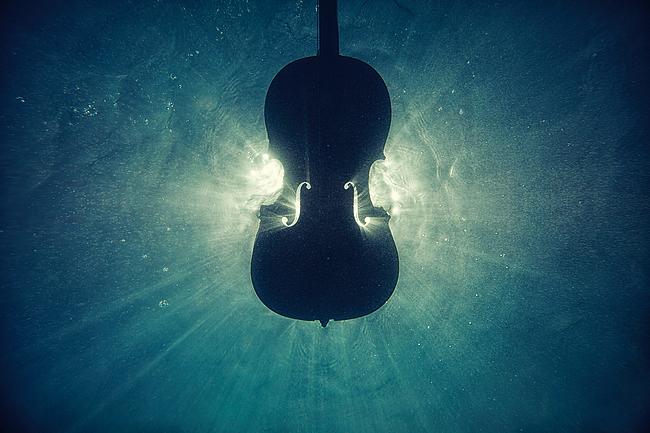 There are such legendary pieces of music in hardly any other genre as in classical music. No wonder, after all, these compositions have had to stand the test of time like no other genre. In an unordered sequence, here are the 100 best classical songs of all time.

(A Spotify playlist can be found at the end of the article.)


As controversial as the origin of its name may be, the Gymnopedie № 1 is a legendary piano composition.

Most likely, Satie was inspired by dances in ancient Sparta, where the participants were either naked or unarmed. However, he always claimed that the piece responded to Gustave Flaubert’s historical novel Salammbô. Henceforth Erik Satie was to call himself a hymnodist, as he disliked the musical title.

The Gymnopedie № 1 is especially popular with piano beginners because it is easy to play. Of course, it also sounds simply beautiful and amplifies every emotion, whether positive or negative.


Johann Sebastian Bach is frequently mentioned among the most important musicians of all time counted. Likewise, many of his pieces belong to the canon of classical music, as does the first prelude from “The Well-Tempered Clavier”.

We all know it, even if not everyone is familiar with the name. Bach, not averse to more complex compositions, proves how beautiful even simpler pieces can be. Not for nothing: Bach wrote the pieces from “The Well-Tempered Clavier” for his piano students to have something easy to practice.


Beethoven’s Fifth, also called the Fate Symphony, is one of the most famous and popular pieces of classical music. From the very first notes, it is clear that a genius is at work here, whose radical and haunting composition sweeps and stirs.

The eerily concise opening motif has a recognition value like perhaps no other, whether in classical music or music in general.

The dark and almost brutal work reveals some lighter tones, but Beethoven pulls out all the stops here to clarify that it is a matter of life and death, of fate.


Clair de Lune is the French Composer’s third movement of the piano suite Suite Bergamasque. In the title and the composition, it refers to the poem of the same name by Paul Verlaine.


It remains moonlike! Beethoven was also fascinated by the earth satellite and its glow and dedicated this sonata to it.

The Composer was surprised at the enormous popularity of the piece and asserted that he had written much better music than this. For us, however, the work is one of the absolute classics from his catalog. Musically, the piece is inspired by the death scene of the commander in Mozart’s opera Don Giovanni and features a similar triplet movement.

It was named after the music critic Ludwig Rellstab, who felt transported by the melancholy melody in the first movement to the moonlight on Lake Lucerne in Switzerland.


The Austro-Hungarian Composer Franz Liszt (1811 – 1886) can probably be called the first pop star of the classical era. At nine, he was already considered a virtuoso and inspired the nobility—the highly productive Composer who wrote some 1,300 pieces in his career. Three hundred works in his career caused a sensation throughout Europe. They gave rise to the so-called Lisztomania: his tremendous piano skills and the unusual staging of his performances triggered enormous storms of applause.
Also recommend:   The 130 Best Songs About Friendship

Liszt enjoyed this popularity very much and became intensively involved with women. Legend even has it that the demand for his hair strands was so strong that he sometimes used his dog’s fur as a supplier of curls.

Of all the pieces from his oeuvre, Liebestraum № 3 is the most famous and, for us, also one of the best.


This piece is called Rondo Alla Turca, but it is better known as Turkish March. Probably everyone knows the melody of this piece, even if they may not recognize it by its name. This is the third movement from the piano sonata №

11, which Mozart composed in Vienna.

The piece is incredibly catchy and has also found its way into pop culture. Piano students also often practice the Turkish March, as the composition is quite simple.

The piece is so popular that it is repeatedly rearranged, orchestrated, and transcribed.

However, in its original form, it is in A minor, with the opening motif played by flutes and violins. Subsequently, the clarinet and other wind instruments also take up the leitmotif until the piece’s dynamics slacken towards the end.

The Flight of the Bumblebee is an orchestral interlude in the third act of the opera The Tale of Tsar Saltan. It is integrated into the overall plot: A fairy named Swan Bird grants Gwidon his wish to follow a departing ship invisibly. For this purpose, it transforms him into a bumblebee and invites him to follow with the bumblebee’s flight.


If we look at the two most important composers of the Baroque era, Bach and Handel, it becomes clear what a different fate they met with. While Bach lived a rather shadowy existence throughout his life and only achieved world fame years after his death, Handel was able to experience his international success for himself.

The piece of the Messiah, a genuinely monumental composition, played a decisive role in his enormous success. It took Handel just 24 days to put the work on paper. The Messiah consists of three parts, dealing with the Savior’s birth, life, death, and resurrection, and is conceived for orchestra, soloists, and choir.

Handel combines the highest virtuosity with an impressive simplicity so that all social classes could participate in the worship of the Savior.


The romantic Composer Robert Schumann was always known as a sensitive mind. He wanted to become a poet, but his parents urged him to study law. During his student years, he devoted himself to the piano rather than to books, intending to become a pianist.

However, this plan was thwarted by an overstretching of his right hand due to his excessive practice. Now Schumann concentrated on his career as a composer.

He wrote 30 piano miniatures, of which he, in turn, combined 13 into the cycle of Kinderszenen (Scenes for Children). However, the pieces are by no means addressed to children but are, according to Schumann, intended as “reflections of an older person for older people.” The central and best-known composition is the Träumerei, which impressively captures Schumann’s poetic leanings and makes the cycle the most influential of its era.


This piece is a setting of the same name by Henrik Ibsen, which is itself based on a Norwegian fairy tale. Probably everyone knows at least part of this piece, even if the name is not always present. In particular, the Hall of the Mountain King is still quoted in numerous films today, for example, in The Social Network by David Fincher or M by Fritz Lang.

No wonder, after all, the composition unfolds an enormous pictorial power and is thus perfectly suited for use in other media.


The only cello concerto by the English Composer is at the same time probably also the best known of all. Elgar, actually known as stoic, unleashes a whirlwind of emotions in this composition and proves what an impressive range the cello can cover. The piece is divided into four parts and lasts about 30 minutes.
Also recommend:   The 87 Funniest Songs Of All Time

It is considered one of the cornerstones of the modern cello repertoire.


The Nuremberg baroque composer Pachelbel wrote this piece for the wedding of Johann Christoph Bach, the brother of Johann Sebastian.

The only canon composed by Pachelbel should become his most famous work and still be Performered regularly today. Thus, the principle is readily re-recorded and quoted in arrangements of other genres. The basic melody of the composition is simply catchy, epic, and suitable for many different occasions.

The canon has passed the test of time, and we are sure that it will inspire many more generations to come.


This famous piece by Tchaikovsky shifts playfully between effortless lightness and dark melancholy like no other. A composition cannot be more dramatic, especially since the piece accompanies one of the most beautiful ballets of all.

In it, a beautiful princess is unhappily bewitched into a swan and can only be redeemed by the love of the prince… However, the magician Red Beard wants to prevent this at all costs…

Just as changeable and dramatic as the musical composition is also the ballet’s end. Both a cheerful ending and a much more frantic finale are regularly performed.


Although this piece was written more than 300 years ago, it was published in 1958, edited by the Italian musicologist and Composer Remo Giazotto. It is said to be based on fragments of compositions by the baroque musician Tomaso Giovanni Albinoni (1671-1751).


Beethoven himself was not to live to see the publication of this piece. It would take a full 40 years after his death for the composition to be discovered.

Due to this fact, there are numerous myths about who the title-giving Elise was. One theory even claims that the title was taken over incorrectly so that Beethoven is supposed to have dedicated the piece to a Therese. Whoever the German Composer may have been inspired by, Für Elise is one of those works that everyone has heard at one time or another. No wonder because the piano piece is an essential cultural asset.

If you think of music that should be shown to aliens when they land on Earth, Für Elise certainly appears at the top of the list.


Vivaldi’s Four Seasons are four violin concertos, each setting a season to music. The Italian Composer has captured their characteristics so aptly that one feels completely transported into the different seasons. Spring comes along solemnly, summer stormy and rousing, autumn again festive.

All four concertos are now world-famous and popular as ringtones, among other things.


Because of its strong connection to Vienna, this composition can almost be seen as an anthem of Austria. For the province of Vienna, the piece is unofficially considered the national anthem and is regularly performed at the turn of the year.

In cinematography, Stanley Kubrick made the piece immortal, choosing it as one of the songs in 2001: A Space Odyssey. But An der schönen blauen Donau is not just any of the songs on the soundtrack. Rather, it impressively underscores the opening sequence and brings the majesty and the menace of the vastness of space close to the viewer.


This orchestral piece by the French Composer is dedicated to the Russian dancer Ida Rubinstein. It belongs to the dance genre of the same name, which originated in Spain and is characterized by a ¾ time signature. More recently, the song gained new notoriety when it was used by figure skaters Torvill and Dean for their gold medal-winning performance in 1984.

The realization on the ice of this song, initially conceived for ballet, clearly proves how crucial classical music still is today, not for other musical genres, but art in general.

Also recommend:   The 100 Best Blues Songs Of All Time

Classical music is as exciting as it is varied. Their continued success and constant rePerformerations prove that the genre is by no means dusty but continues to thrive and captivate even modern ears.

Italian Hits: The 100 Best Italian Songs Of All Time

Lgbt Songs: The 83 Most Popular Songs For Homosexuals & Transgenders