Songs About Spring: 50 The Most Popular Spring Songs Of All Time 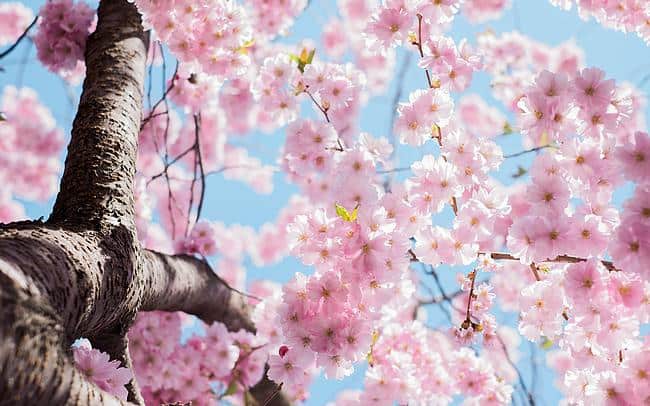 As poetically as in the poem “Spring Awakening” by Rainer Maria Rilke (1875-1926), it also goes in many a song. Spring is the most beautiful season for many people when the cold days disappear, and the sun warms the earth. Then crocuses, daffodils, and willow catkins bloom in spring colors and prepare joy for the warmer hours in the fresh air.

In the following, we present you the 50 most popular spring songs that will accompany you through the magical season. These are songs of the last decades of true musical greats.

1. Here Comes The Sun – The Beatles


The Beatles are the most successful music band in the world. Over 600 million records have been sold to date. This includes those of the song “Here Comes the Sun.”

The song describes spring very well because it is about the transformation that comes with it. The ice begins to melt, the smiles return on faces, and the cold days are passé. The song has a deeper meaning for the songwriter George Harrison. After a difficult time surviving tonsillitis and being arrested for possession of marijuana, he holed up in Eric Clapton’s garage in the spring of 1969.

There he composed the world-famous song, which still radiates happiness today. The song was released on 7. July 1969 recorded in the Abbey Roads Studios in London.


This song by Justin Timberlake embodies the pure joy of life. The melody makes you want to dance directly.

The song lyrics also describe the feeling surrounding you when you are pleased. This feeling comes when the gray clouds go away in the springtime, and the sun shows its true face.

The song first appeared on 6. May 2016 was written and produced by Justin Timberlake, Max Martin, and Shellback. The song is the soundtrack to the animated film “Trolls” (2016) and enjoyed a Grammy, a Golden Globe, and an Oscar nomination. The song won a Grammy award and broke all download chart records set to date.

3. April Come She Will – Simon & Garfunkel


The song “April come she will” is a real evergreen by Simon & Garfunkel. It describes the love story between two people that comes to a sad end. Month by month, the duo goes through and tells about the love of the two.

So she comes back to him in April and stays in his arms in May. Gradually, a difficult time dawns when they die, and he will remember them until the end.

The song was written by Paul Simon and appeared on the duo’s second studio album, “Sound of silence” (1966). It was recorded on 21. recorded on December 1965 and belongs to the category “folk-rock.”

It is the shortest song on the album, lasting a total of 1:51 minutes.

4. Dancing In The Dark – Bruce Springsteen


When spring comes on 20. As spring arrives, the days grow longer again and the darkness gradually disappears.

This embodies the song “Dancing in the dark” very well. The music by Bruce Springsteen, which has the English word “spring” for “spring,” prepares desire for atmospheric time.

The lyrics are about a person who wants to escape the daily grind and appeals to himself to dance in the dark. The song was released on 4. May 1984 is the last track on the album “Born in the U.S.A.” (1984). The song was #1 in several countries, including Belgium and the Netherlands.

In 1985, the song was nominated for a Grammy, which it also won in the category of “Best Male Vocal Performance.” In 1985, the music video for the song won the MTV Video Music Award in the “Best Stage Video Performance” category.

5. Start Me Up – The Rolling Stones


The Rolling Stones are one of the greatest music bands in the world. In 2006 they filled a stadium in Rio de Janeiro with about 1.5 million visitors. This world record still exists today and shows the great popularity of the band.

The song “Start me up” makes you want to start the day in the early spring morning. It’s a good wake-up call and perks up tired limbs. To this song, you can only dance and get in a good mood.

The fidgety movements of lead singer Mick Jagger are unforgettable and appropriately define the song. The song was first released in 1981 on the album “Tattoo you” and reached number 2 in the U.S. charts. The melody is suitable for guitar beginners because it consists of three chords. This makes it a real catchy tune that creates a good mood.

In 1995, the song received renewed attention thanks to an advertising campaign for the launch of Windows 95.


This song is one of the greatest U.S. rock band R.E.M. and appeared on the album “Out of times” in 1991. Singer Kate Pierson supported the band. The song, which entered the top ten Billboard charts, is about laughing and happy people.

The song encourages singing along and brings a smile to the face that fits the cheerful season of spring.


Elvis Presley is the King of Rock ‘n’ Roll. He has made himself immortal with his songs.

His song “Spring fever” first appeared in 1965. It describes the feeling of happiness that catches you in springtime. Love is in the air, and you could pull out trees. This is the case for Elvis Presley and his role in the film “Kurven-Lilly” (1965).

During spring break, he has to take care of his boss’s jumpy daughter and master his musical performances with his band. The song “Spring fever” comes from the movie and is still the epitome of spring feelings today.


With Paris and spring, one inevitably associates love. This is what the song by the duo Ella Fitzgerald and Louis Armstrong is also about.

Originally, the song was written in 1932 by Vernon Duke for the musical “Walk a little faster.” The song developed in the 1950s to a Jazz Classics, which was performed by various performers. The most famous version is one of the duo mentioned above.

The lyrics are about a walk through Paris on a spring day that couldn’t be more beautiful.


The song prepares you for the warm spring and for a beautiful day. It is by the Irish rock band U2 and dates from 2000.

It first appeared on the album “All That You Can’t Leave” and embodies the pure joy of life after a sheer fate. The song meant a lot to the band, propelling them back into the U.S. charts at #21 after a long dry spell. In the Netherlands, it was their first number 1 hit and the fourth in the U.K.


The German rock band Rammstein has existed since 1994 and is one of the most successful bands outside Europe. Especially in the U.S.A., the band has celebrated great successes.

This also includes u. a. the song “Sun,” released in 2001. Initially, the song was to be written as the entrance music for the Klitschko brothers. But then it did not come to that.

The song kept the parallels to boxing. The Sun is the main character in the music, which appeared on Mother ” ‘s album.

Places 11-50 of the best spring songs of all time:

The 50 most popular spring songs come from different times but still embody the true feeling of spring and make you long for sunshine, fresh flowers, and more.

The 107 Best German Rap Songs Of All Time

Summer Songs: 100 The Most Popular Summer Hits Of All Time