53 Songs That Save Lives: Songs For The Perfect Chest Compressions 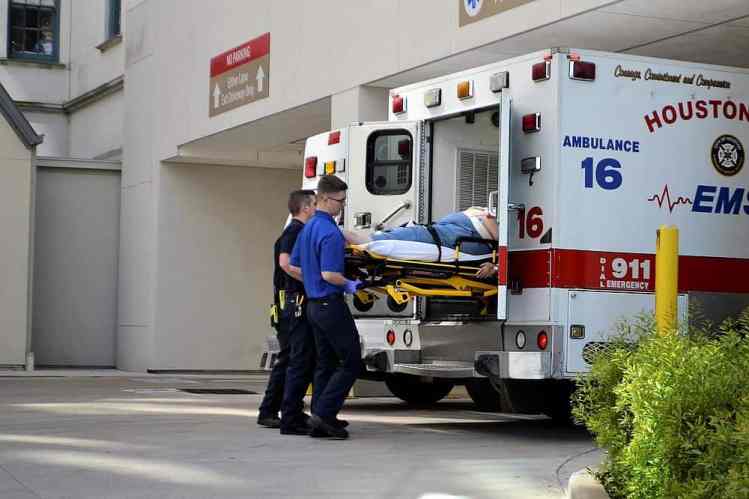 Sometimes music saves lives. These 53 songs will help you find the right rhythm during chest compressions.

Tens of thousands of people die of cardiac arrest in Germany every year. But it doesn’t have to be! If you perform resuscitation correctly, you can double your chances of saving a life.

The first responder plays a critical role, as the first few minutes after cardiac and respiratory arrest are crucial. Quick and competent action is the key to success, and this is why everyone should take part in a first aid course at least once.

Here’s how to perform CPR:

The frequency at which to perform resuscitation is difficult for many to estimate, and 100 beats per minute are ideal. To keep this rhythm, we’ve put together a playlist of 53 songs that can save lives.

If you perform chest compressions to these songs, you usually do everything right.

The most famous song that has saved the most lives is “Stayin’ Alive” by the English pop group Bee Gees. The appropriate title and 103 beats per minute make the disco song the ideal lifesaver.

Other classics include “I Will Survive” by Gloria Gaynor, “Rock Your Body” by Justin Timberlake, and “Heartbreaker” by Mariah Carey & Jay Z.

If you’re better at remembering a German-language song, you’ve come to the right place with the Hit song “Breathless through the night” by Helene Fischer, well advised.

(At the end of the article, we’ve put together a Spotify playlist for you with all the songs listed here.)

The best songs for chest compressions:


The disco classic Stayin Alive by the Bee Gees appeared on the soundtrack to the movie Saturday Night Fever in late 1977. Robin Gibb explained that the song is about survival in the big city in general. The song made it to the charts in over 20 countries, including Germany, the USA, and the UK.

For chest compressions, doctors and paramedics recommend a frequency of about 100 to 120 repetitions per minute. The classic song from the ’80s has a lot to do with about 103 beats per minute (BPM) the ideal beat frequency. Another advantage is that almost everyone in the world has the chorus or at least the melody in their ears. The title is also very appropriate in this context.

Also recommend:   75 Songs About Happiness: These Songs Will Make You Happy!

That’s what makes it so perfect for resuscitation, and it’s still used in first aid classes today.


Blurred Lines was created in collaboration with Robin Thicke, T.I., and Pharrell Williams, who also participated as a producer and songwriter. The song appeared in 2103 on Thicke’s album of the same name. The song made it to the charts of over 25 countries right away.

Nevertheless, the song’s lyrics did not go down well with all listeners. Some accused the singers of sexism, and Williams and Thicke had a completely different intention according to their statements.

The song was about the image of “good girl/bad girl” and what is considered appropriate behavior for a woman in society. Hence the title Blurred Lines, i.e., blurred lines. With around 120 bpm Blurred Lines is also suitable for reanimation. The relatively catchy chorus is easy to remember and recall in an emergency.

Since it is still comparatively current, it is also a good way for younger first responders to find the right beat for resuscitation.

3. Queen – Another One Bites the Dust


The song is from 8. Studio album of the British band Queen from the year 1980. It quickly became a worldwide hit, earning a Music Award and a Grammy nomination.

The song’s meaning is more complex than it seems at first glance. In general, it’s about never giving up, whether in battle or love, and facing all odds. To this day, the song has been covered countless times and used again and again in film and television. So the Queen song is still a real one today Earworm and everyone has heard it at some point.

The song brings it to a frequency of about 110 bpm. The frequency and general awareness make the song a lifesaver in the first case.


The famous Euro-pop song by Swedish group ABBA was released in 1976. It was the only ABBA song to make it to #1 in the USA. The music video has been viewed over 320 million times and is still one of the band’s most popular songs today.

The song is about a disco visit, a young girl and the joy of dancing. Dancing Queen has been covered several times and is an integral part of the ABBA musical and the movie Mamma Mia. This song belongs on the list of first aid songs because it meets all the necessary criteria: It brings it to about 100 bpm, it is also generally known as a classic.

Through the musical and the film adaptations also younger people know the earworm of ABBA very well.


Who did not know Yellow Submarine already at the times of the Beatles, probably sang it at the latest as a pupil in the music instruction. The song was intended as a pure children’s song without a deeper message.

The song tells the story of a sailor and his life in the yellow submarine. Nevertheless, at that time, many Performered political and socio-critical messages into the lines. It was the 13 and the single release of the Beatles and brought them a number 1 hit in 10 countries.

In the USA, Yellow Submarine even won a gold record. With 112 bpm, the song is well suited to set the beat for cardiac massage. The chorus’s lyrics are simple and consist of only seven different words.

Also recommend:   100 the Most Popular Carnival Songs For The Carnival Season

This is easy to remember and perfect for emergencies.


There is, of course, the ultimate life-saving song for die-hard hard rock fans. Highway to Hell came out in 1979 as the first single off the album of the same name. The band liked to promote their albums with large-scale tours.

The song Highway to Hell should reference this exhausting tour of life. The song was included in Rolling Stone magazine’s list of the 500 greatest songs of all time and made it into the Rock and Roll Hall of Fame. The hard rock classic brings it to a good 116 bpm, so best suited for performing a reanimation.

Again, the melody and lyrics are catchy, and you immediately have it in your head when it comes down to it. Because when it comes to saving lives, every second counts.


Get Lucky is a song by the French duo Daft Punk from 2013 and was sung by Pharrell Williams. The song made the top 10 charts in over 32 countries and has sold over 9 million copies.

It also won two Grammys in the Record of the Year and Best Pop Duo/Group Performance categories. The song, according to Williams, is about the connection of two people just getting to know each other and the sexual sizzle when the chemistry between the two is right. The song brings it to 116 bpm. The chorus of this song is also elementary and, therefore, easy to remember.

So if you recall the chorus during resuscitation, you’ll have the perfect beat for chest compressions.


The song is from Gaga’s third studio album, released in 2009. With nearly 6 million digital downloads, it was certified 11-times platinum by the RIAA. Additionally, the record has sold over 12 million copies worldwide, making it one of the most successful singles of all time.

In Bad Romance, Lady Gaga describes her penchant for unhappy love affairs. Bad Romance has a frequency of about 120 bpm, which is still in the upper range for a cardiac massage. Thinking about the song, you pretty quickly think of the chorus, which is just a few sounds and a single phrase. Pretty simple or?

The song is, nevertheless, or maybe because of that, a real earworm. It deserves to be on the list of songs that can save lives.

9. One Direction – Best Song Ever


The lead singer of the British-Irish band’s third studio album was released in 2013. The song is about a party night where they meet a girl and dance to a great song that they can’t remember the next day. It was One Direction’s best song ever in the American market, as it was their highest charting song in the U.S. to date.

In total, the record went platinum three times and gold 6 times. Best Song Ever is one of those songs you hear on the radio and then can’t get out of your head, whether you’re listening to Boybands stands or does not stand. It has earworm potential and easy-to-remember lyrics.

At about 118 bpm you also have a good default for the cardiac massage.


Treasure is a single from Bruno Mars’ second studio album and was released in 2013. Like some other famous Bruno Mars songs, this one is about a woman and how wonderful she is. The single went 16 times platinum and 4 times gold worldwide (for sales and streaming download).

The song has a certain funk that was very fresh and was later picked up by many other artists. This sound makes it an earworm that you can’t quickly get rid of. This is an essential quality because the song must be immediately retrievable for you and promptly come back to you when it counts, even in an exceptional situation.

Treasure runs at 116 bpm and is good for keeping time.

The places 11-53 of the best songs to save lives

Choosing the right song for reanimation is a matter of taste. The important thing is that you select a piece that works for you as an earworm because you need to recall the song immediately, even in a stressful situation, to start chest compressions right away.

Then you can save lives in an emergency.

149 Songs About Heartbreak: Songs To Forget Your Ex