Sharing Are you looking for good music to dance to? Then you are right here! Certain songs can completely take over our bodies and force us onto the dance floor. Dancing can be unbelievable fun, … 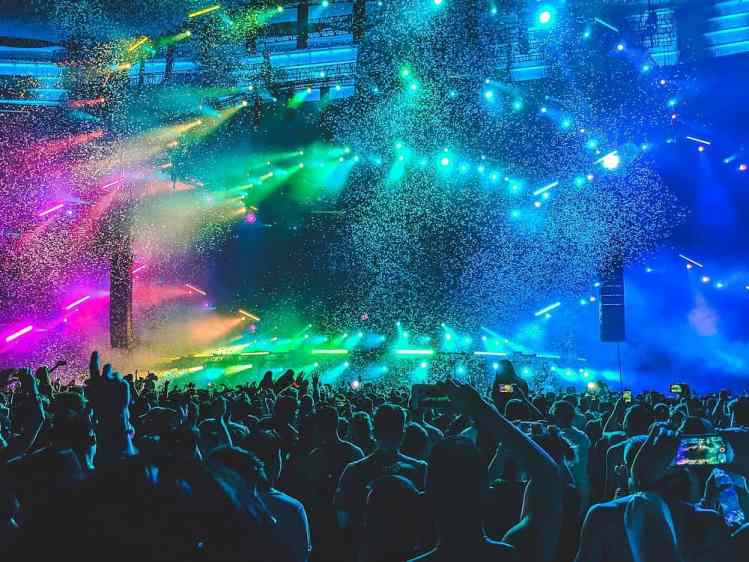 Are you looking for good music to dance to? Then you are right here! Certain songs can completely take over our bodies and force us onto the dance floor.

Dancing can be unbelievable fun, and it doesn’t matter if you are a truly gifted dancer or the worst dancer ever. Let’s face it, moving rhythmically, whether you can or not, is fun and liberating.

To get down on the dance floor, you almost always need songs with fast beats and an upbeat melody. Of course, slow and moody music is also great to dance to. But we decided to create a dance playlist you can’t help but move to.

Songs that make you feel bouncy in your car seat and can’t wait to show off your skills on the dance floor.

Whether you are planning a party or the Wedding day or maybe you want to dance alone at home through the apartment. The place or occasion doesn’t matter; everyone deserves to dance to the best songs. There should be something for everyone with our 200 songs to dance to.

Hey Ya! by OutKast

Pump it by The Black Eyed Peas

The hip-hop song “Pump It” is an aggressive, fast song that makes it clear to the audience – now it’s time to dance! Who does not know the lyrics “Pump it! Louder!” should stay at home right away.

Despacito was the world’s Summer hit in 2017. The Spanish song set several records: In umpteen countries, for example in Spain and Switzerland, no title has ever been longer at number 1 in the charts.

With more than four million units sold worldwide, “Yeah!” from the year 2004 to each good hip-hop party. With “Yeah!” every party becomes a success.

Crazy in Love by Beyoncé

You can never go wrong with a song by Beyoncé. The party guests will be happy to hear the classic from 2003.

Push It from Salt-N-Pepa

The song already captured it right: This song is not for everyone, but only for sexy people!

Bruno Mars is known for songs that like to be played at parties. His songs are simple, catchy, and exude a good mood.

Although the song was already released in 1984, the song from the movie of the same name belongs to every good event. With this single, the singer created the perfect mix of Rock-, pop, and country music.

If you don’t start moving when Bruno Mars sings: “Don’t believe me, just watch”, then we don’t know what to do.

The very first notes get the hips moving. And as soon as the chorus is heard, at least one person will surely conjure up the moonwalk from the hips.

On The Floor by Jennifer Lopez ft. Pitbull

Jennifer Lopez sets the party rhythm with this song. “Don’t stop, keep it moving Put your drinks up!”

At no 90s party this song of the group “Spice Girls” may be missing. The song sprays simply a good mood.

“Party rock is in the house tonight
Everybody just has a good time (yeah).”

The song sprays with the first beats already good mood. Nobody can stay on the chairs with this song.

Shake It Off by Taylor Swift

You don’t have to like Taylor Swift to enjoy the song. “Shake It Off” is a real Earworm.

U Can’t Touch This by MC Hammer

The rapper knew exactly what he was thinking. Singing along has never been easier!

I Love It by Icona Pop ft. Charli XCX

The Swedish electropop duo’s debut single is about a failed relationship when you want to let loose: jump, scream, whatever! Just move!

I Wanna Dance With Somebody by Whitney Houston

Whitney Houston is missing from a list of the best songs to dance to? Of course not! Every girl is now looking for a dance partner very quickly.

The song became an absolute mega-hit in 2016. Every club played this song. So why not at your party too?

Flo Rida has always had a lucky hand for party hits. “Club Can’t Handle Me” is also on every standard party playlist.

Playlist: The 200 best songs to dance to

Songs to dance to Spotify playlist:

Stripper Song: The 83 Best Hits For The Sexy Striptease

Songs About Heartbreak: These 150 Songs Help With Heartbreak