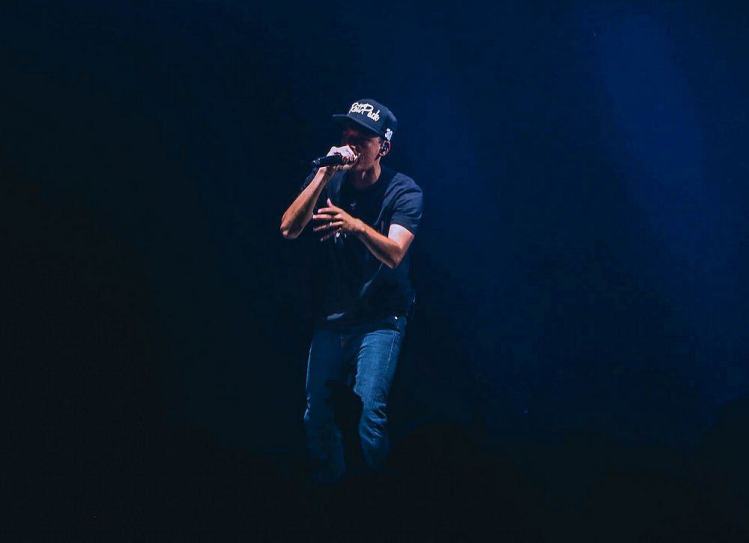 German rap has spread massively in recent years. In the meantime, countless rappers in Germany have a large community behind them, and this is also noticeable in the charts.

There were more rap songs on the singles charts in 2017 than before.

Despite the diversity of rap artists that 2017 brought forth, old familiar rappers dominated the official singles charts again this year. Kollegah released his best-of album, “Legacy,” in the middle of the year, which saw songs like “Gamechanger,” “Sturmmaske Auf,” or “Zieh’ den Rucksack aus” wash back into the charts.

Rapper “Kontra K” released his sixth solo album, “Gute Nacht” at the beginning of 2017, which included the hit single “Diamanten.” The rap song managed to stay in the German singles charts for ten weeks.

Gangster rapper “Bushido,” who released his first album in Germany 14 years ago, also showed with his latest rap album “Black Friday” that he did not lose relevance in 2017. It was streamed over 14.6 million times after the first week, a record at the beginning of 2017. Songs like “Sodom & Gomorrha” or “Papa” held their own for 6.

Seven weeks in the singles charts.

However, the most successful rap album in 2017 came from the German hip-hop group “187 Street Gang”. Their album “Sampler 4” was on Spotify for over 22 and streamed 9 million times. This means that “187 Strassenbande” has set a new record in Germany, displacing British artists Ed Sheeran and Bushido in second and third places.

In addition to the already mentioned rap artists, Kay One, Nimo, Zuna, Ufo361, and many others also released German-speaking rappers’ new songs, which were heard by the audience. Listen to our playlist of the “50 best Deutschrap songs of 2017” and write us your top songs of this year in the comments.

Also recommend:   149 Songs About Heartbreak: Songs To Forget Your Ex

Also recommend:   Shower Songs: The 85 best songs to sing in the shower

Italian Hits: The 100 Best Italian Songs Of All Time