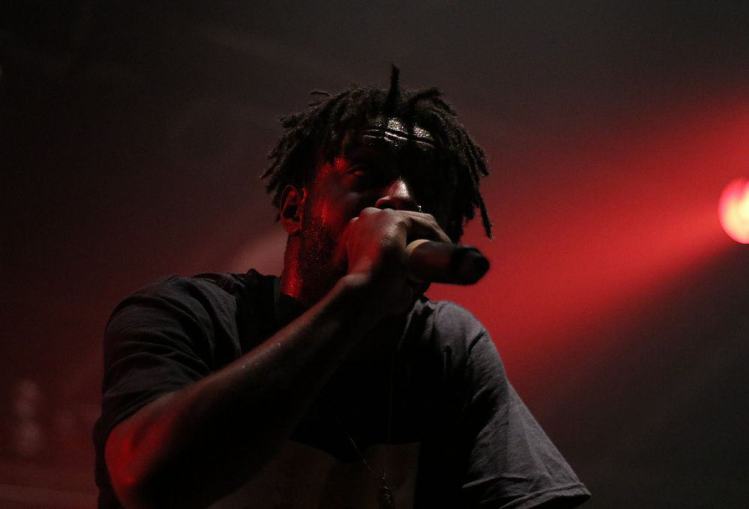 Who would have thought that a rapper of the Most successful artists of the 2000s would become? Hip-hop developed into a worldwide phenomenon in the noughties and leaped into the mainstream. Eminem sold more than 32 million albums worldwide, making him the most commercially successful musician of the 2000s.

Rappers like 50 Cent, Ludacris, Busta Rhymes, Nas, and T provided the hard known tone in the rap scene. 50 Cent’s album “Get Rich or Die Tryin'” is one of the most successful albums globally, with over 15.6 million units sold to the most successful rap albums of all time.

In the US, hip-hop was formed after the dispute between East and West Coast, in which rappers Tupac Shakur and The Notorious BIG in the 90s were murdered, A rap scene that moved away from gangsta rap and offered friendlier hip-hop. Outkast, Kanye West, and The Roots celebrated their breakthrough in the 2000s. The Hip-hop group Outkast showed that intelligent rap also sold well.

Other essential albums were also released by the established rappers around Jay-Z, Snoop Dog, and Missy Elliot.

In Germany, hip-hop was a marginal topic for a long time. Fun rap by Fettes Brot, Fantastischen Vier, and Blumentopf brought hip-hop into the middle of society. In this country, however, gangsta rap became more and more popular.

Rappers like Kool Savas, Eko Fresh, Sido, and Bushido dissed each other non-stop and thus provided fans with a constant source of conversation. The German ghetto rap was criticized for a long time, leading to some songs being indexed by the Federal Review Board.

Below we have compiled over 100 rap songs that shaped the 2000s. Listen to the essential songs of the new millennium’s first decade.


Whether Eko Fresh knew what he was doing? In the spring of 2005, the rapper decided without further ado to declare musical war on half the German rap landscape in the course of his song “Die Abrechnung” (“The Reckoning”). His former mentor and companion, Savaş Yurderi a.k.a. “Kool Savas,” had to take special side blows here,” who of course didn’t take his former protégé’s scolding in stride.

Impressively, the Aachen-born Adele managed to take the edge off his adversary by rehashing the two artists’ shared musical and private past, immortalizing Eko’s devious, opportunistic face in lines that are still often quoted today. “Das Urteil” is not only one of the best rap songs of the 2000s but at the same time a milestone of the entire German rap history.


“Stan” tells the story of a passionate fan who sends several letters to his idolized idol Eminem but is let down by his hero’s failure to pay attention to him. This circumstance drives the protagonist Stan with his writings, further into madness and finally into suicide. The rapper’s answer followed, but unfortunately, it was already too late by then. Together with Dido, who contributed to the chorus, Eminem created a work of art that drastically held up a mirror to a fan base that thought they owned the artist.
Also recommend:   The 50 Biggest One-Hit-Wonders Of The 2010s

In Germany alone, the unhealthy pen pal inspired more than half a million buyers and was accordingly ennobled with platinum.


“BOB,” which stands for “Bombs Over Baghdad,” is also the album’s title released on 19. September 2000 released rap songs by the American hip-hop duo OutKast. The track could just as well be read out as a musical indictment and deals with explosive topics such as the Gulf War, global warming, and the political conditions of the time. “BOB” stands out from other songs in the genre with its gospel interludes and fast beats and has been voted one of the best songs of all time by countless trade publications. The trade press is known never to be wrong was not yet reflected in the sales figures in 2000.

OutKast had to settle for mediocre chart positions at best.


Hot, Hotter, “Hot In Herre”. Nelly created in the early 2000s an iconic Party hit, which simultaneously embodies a eulogy of frivolity and naked exuberance.

As simple as the message (“Undress!”) is, the vibe, melody, and music video of the damp-happy excess are still memorable today. The track of the cobbled US American received the Grammy in 2003 in the category “Best male solo performance,” stormed in the United States to the first place of the sales lists, and even today is considered a timeless Summer hit.


“The pursuit of happiness” is known to be part of the American dream and even enshrined in the national constitution there. In 2009 Kid Cudi made use of his right in a musical way and took us, listeners, on a journey of the good mood. Also, the music video, which provides numerous slow-motion shots for mood, does its part to perfectly visualize the mood created by sound.

Since the song undoubtedly makes you want to party, it was of course also included in the soundtrack of the 2012 party excess flick “Project X” represented. The rapper was apparently particularly popular in France, where he jumped with his track to first place on the hit list.


“What is a Sido?”. This question must have occupied many a mainstream music fan in the spring of 2004 when he first saw the name of the Berlin rapper flickering across his tube TV at home because there was once a time when the current celebrity was still a blank sheet. “Mein Block” opened the eyes of the ignorant and described in detail how the artist organizes his everyday life and what role his, let’s say colorful, environment plays in it.

The track was not only provocative, relentless, and humorously honest, but also a commercial success. The debut single of the masked musician shot out of nowhere to number 13 in the German charts. The rest is history.


“Lose Yourself” is not only one of the best rap songs of the 2000s but also one of the most commercially successful tracks of the genre ever. As part of the soundtrack to “8 Mile”(2002), the hit even won an Oscar in the category “Best Song” and is also the first rap number that achieved this feat. The song with autobiographical influences from the artist’s past went worldwide well over 14 million times over the counter, more than 10 million times of it alone in the USA.


Drake, you can be so romantic! “Best I Ever Had” is a single, almost outrageously schmaltzy declaration of love from the Canadian rapper to his beloved. Here, the artist pays homage to his beloved, believing her to be the fulfillment of his wildest dreams. In the dirty version, of course, under generous use of the F-word.
Also recommend:   90 The Most Beautiful Rap And Hip-Hop Love Songs Of All Time

In the music video, the artist then shows us his sporty-tactical side and appears as the coach of an extremely attractive women’s basketball team. The number went to second place in the “Billboard Hot 100” and was honored with 4-fold platinum.


In a time long before weltschmerz and deep hipsterism, Berlin’s Friedrich Kautz, better known to the masses under his pseudonym “Prinz Pi,” delighted his listeners with numbers like “Gib dem Affen Zucker.”. Still utterly free of subtext and annoying, well-founded content, the slogan was: Steep forward! And that’s exactly what “Gib dem Affen Zucker” sounds like too.

While the lyrically, poetically inclined listener might dismiss the track as “Klamauk,” we put on our neon yellow baseball cap and fidget one last time.


One thing Bushido and Baba Saad made clear to us in 2005: they were not rappers, but merely street boys rapping. And there’s a huge difference in between.

The artists describe the rocky road they had to walk in a problematic social hotspot to reach musical success. In doing so, they distanced themselves from valid rap clichés just as they did from completed courses of study. The only “CCN II” single was rewarded with the 24.

Place of our national charts.

And even if the Performeration of the lyrics may be carried out individually, one thing is indisputable: “Lollipop” is still the most successful single of the US-American artist, was refined five times with platinum and sold more than five million copies in the USA alone.


“Paper Planes” is one of those musical wolves in sheep’s clothing. While the listener unfamiliar with English enjoys the invigorating beat and catchy melody, others initially scratch their heads. Because talks MIA in their track of nothing but they’re Longing, robbing innocent citizens and neatly shooting through the air.

The artist, who has roots in Sri Lanka, is deliberately playing with prevailing clichés and taking the general social criminalization of immigrants in the USA to extremes. Especially in Canada and the United States, “Paper Planes” was well received and found itself in the top 10 of the charts.


Similar to M.I.A., B-Tight also proceeded in 2002. In his track “Der Neger,” the Berlin native and good friend of Sido reports on his autobiographical experiences and humorously plays with the white population’s prejudices. The number is bursting with stereotypes, once you don’t know how to approach Drugs If you want to know where your girlfriend is or who is to blame for everything, your first contact person should be the guy with slightly darker skin color.


Especially at the beginning of his career, Sido transported the image of a rebel to the outside world, to whom the opinion of all other people was completely indifferent. With one significant exception: your mother.

The Berlin rapper talks at length about how his wife, Mama, was the only one who ever understood and believed in him anyway. Motherly love wrapped in sound reached 25 in this country. Place on the charts.


About two years before the beef with Savas, the world was still fine for Eko Fresh. The track, which describes the vivid visions of the rapper’s future, should prepare us subjects for the imminent arrival of a new king of our federal republic. The single was released in July 2003 and, although it didn’t take the throne, it did manage to reach 15.

Each song is linked via the title with the corresponding music video.