Emotional Rap Songs: The 100 Saddest Hip-Hop Songs Of All Time 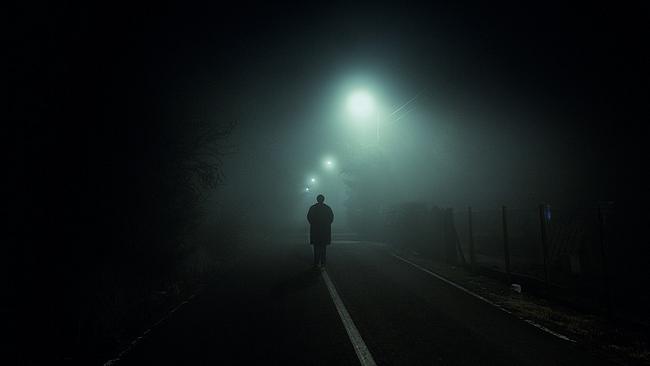 Hip-hop and rap songs are more likely to be associated by most people with hard lyrics, which are quite often about crime, fighting, and violence. These themes do indeed play a role in a large number of the songs, but that is what makes some of them also titles that are emotionally touching and saddening. In general, many of the songs are of profound meaning.

The 20 following tracks are among the saddest rap songs, and some even sound depressive.

1. “Dance with the devil” by Immortal Technique

The song is about a man who joins a brutal gang, and they rape a woman he only sees after the fact is his mother.

This realization leads the man to suicide. At the end of the song, you can see that Immortal Technique himself belonged to this gang. Whether the story is true or invented can not be said conclusively until today.

Definitely a song that leaves listeners feeling sad. The rap song is featured on the debut album “Revolutionary Vol. 1” from 2001.

The rapper from Berlin, whose real name is Friedrich Kautz, deals with the suicide of his ex-girlfriend in the song “Laura.” The song was released on the album “Rebel without reason” in 2011. Prinz Pi wrote this song for more than five years because he never found the right words.

With this tragic background, the hip-hop song is definitely one of the saddest tracks in this genre.

3. “Suicidal Thoughts” by The Notorious B.I.G.

Death has been a frequent theme in Biggie’s music, and it’s never more frightening than on “Suicidal Thoughts.” Instead of thinking about lost loved ones (“Miss U”) or speculating about potential attackers (“My Downfall”), Big turns the gun on himself due to increasing stress, which takes a shocking turn.

Nearly two decades later, the song still evokes emotions like a few others.

In the German track called “Mockingbird,” the U.S. rapper sings about his daughter and adopted niece. It’s about mistakes in parenting and the daughter’s sadness over divorce and her often absent father.

Even one’s sense of failure and money troubles from earlier times are emotionally addressed.

“Mockingbird” has been released as the fifth single from the album “Encore” and can also be heard on Eminem’s best-of album “Curtain Call: The Hits.” The rap song spent twelve weeks in the top 100 German charts and received a gold record. In the United States, the single was even awarded platinum.

The single from the album “Audiobiography” was released in September 2003 and told the tragic story of a boy’s friend at 10 years. Drugs and alcohol are the order of the day.

Ferris’ friend drifts off, gets terrible grades, becomes depressed, and suffers from anxiety psychosis. In the end, he goes on the highway and gets run over. His friend learns from the newspaper about the suicide of his companion.

The song spent several weeks in the top 100 of the German singles charts.

6. “Acid Rain” by Chance the Rapper

The rap song is characterized by hopelessness and the experience of watching his friend die. Released as a track on the mixtape “Acid Rap,” “Acid Rain” was released on 30.

April 2013 released. The digital download at that time was free.

In 2006, the rapper was shot outside a nightclub. In the song “Kurt Kobain,” a year earlier, he raps lines from his suicide note, which he wrote about his fictional suicide.

Here he looks back on his career and his life so far. However, the track is based on Nirvana singer Kurt Cobain, who took his own life in 1994. The memorable song is featured on the album “Searching for Jerry Garcia, ” featuring guest appearances by Eminem and 50 Cent, among others.

The song was released on the anniversary of the death of the musician Jerry Garcia.

“Changes” is about racism, police treatment of black people, poverty, and drug war. Tupac raps about the problems caused by living in the ghetto and about the culture of African Americans.

With so many complex topics in one song, it’s not surprising that it shows up in the list of saddest rap songs.

In the Netherlands and Norway, “Changes” was a number one hit and placed in several top ten lists of various countries. In 2000 he was nominated for the Grammy in the category “Best Rap Solo Performance. It is the only posthumous song nominated for this category so far.

“Sie Ist Weg” is probably the classic breakup rap song, and the peculiarity of the piece lies in the dialogue that “Hausmarke” has with his bandmates. The song questions relentlessly whether the breakup was not wanted.

And yet the pain of separation seems almost unbearable. The single from the album “Lauschgift” made it to number one in Germany.

The members of Bone Thugs-n-Harmony and Akon are at the mercy of fights on the road. The song ” I tried ” is precisely about these hard struggles, and everyday life is the song “I tried.” The piece appeared on the album “Strength & Loyalty” in 2007.

It debuted at number 82 on the Billboard Hot 100 and rose to number six. Thus the song became the highest Bone Thugs N-N chart success.

A song lyric is full of fire as metaphors. The message behind it is that you should never give up. The rapper sings of setbacks, of being devastated inside.

In May 2006, T.I.s bodyguard Philant Johnson was shot after a show, and three other crew members were injured. Johnson, however, was not only his bodyguard but also his best friend.

In the song, T processes.I. whose death and the generally tricky time with court proceedings and a crumbling world. The track was created in collaboration with Justin Timberlake and was already released in the Billboard Hot 100 before being released as an official single. In 2009, “Dead and Gone” was the 10 most popular song in the United States and best-selling single of the year.

The song also enjoyed chart success in the UK and Canada.

At the beginning of the song, rapper Lupe Fiasco acknowledges the hypocritical traits showing on him lately. Also, the additional text deals with the more and more appearing hypocrisy in the modern rap scene. Contemporary rap glorifies and is characterized by materialism, drug trafficking, and misogyny.

He struggles with the development, but at the same time, sees it as a general development in the world since these characteristics can also be found in areas where rap does not play a role. You can find the self-critical piece of music on his 2006 debut album Food & Liquor.

Also recommend:   The 50 Best Songs About Dogs - For People Who Love Dogs

14. “Smile to Keep From Crying” by Boosie Badazz

The U.S. rapper has had an eventful life so far, highlighting his song “Smile to Keep From Crying.” In 2009, he was sentenced to 10 years in prison for weapons and cannabis possession, but was able to leave jail after ten months and serve a sentence on probation, but ended up in jail again.

And things didn’t go well with his health either: he was diagnosed with kidney cancer in 2015. The song can be found on his album “In My Feelings,” released in 2016.

The death of their close friend Troy Dixon in 1990 inspired the musicians to write this song, which is part of their debut album “Mecca and the Soul Brother,” released in 1992. However, the death and the “address” to Troy occur only at the song’s end. Nevertheless, the rest of the song is also of rather sad content.

For example, it’s about the hardships of being a single mother and not having a male caregiver.

The accompanying album became part of the Hip-hops of the 1990s. “They Reminisce Over You (T.R.O.Y.)” reached № 58 on the Billboard Hot 100. Rolling Stone” magazine even ranked it number 12 of the 50 greatest hip-hop songs of all time classified.

A song about a love story that ends tragically: the protagonist in the lyrics is a young writer who meets and falls in love with aspiring lawyer Renee. A relationship develops over several weeks but ends abruptly when burglars shoot Renee.

The song’s lyrics thus indirectly deal with the tragedies that befall people who grow up in crime neighborhoods. You can hear the music on the first studio album of the Rap Group: “Legal Drug Money.” At the same time, “Renee” was Lost Boyz’s most successful single and the only one of their singles to land in the Top 40 of the Billboard Hot 100.

The song Bushido sang together with Cassandra Steen on his album “Electro Ghetto” is about the inner emotional struggle between reason and feelings and the question of leaving or staying. It’s about self-loathing when you’re the one initiating the end of a relationship.

On the other hand, Steen gives a unique expression to the powerlessness to avert this end with her voice and music.

The song was released as a single and stayed on the charts for eight weeks.

As in many songs, the theme of poverty and the resulting hardship is also addressed here. What makes it incredibly emotional is that it’s about a twelve-year-old girl who already has a child of her own, has been abandoned by the child’s father, and can’t care for her baby.

The song is critical of the lack of support from the state and society and addresses the issues, fears, and adverse effects of getting pregnant so early in such an environment.

The single is the second release from the album “2Pacalypse Now”.

In a heartbreaking hip-hop ballad, Scarface slips into the role of a gloomy prophet. Warningly he tells about the terrible violence that has already become normality in our society.

The song is the first single from his third album “The Diary”. At the same time, it was Scareface’s first of two hits.

A boy who hated high school because everyone called him gay. With “Animal Style,” Murs has succeeded in creating an impressively courageous and emotional song on homophobia, bullying, and suicide. Murs himself tells us he wanted to deliver some statement and support.

He wanted listeners to grapple with whether loving a same-sex partner was really that different, and he felt it was important to address the issue of suicide and homosexuality in the hip-hop scene.

The song is a memorial to U.S. rapper The Notorious B, murdered in 1997. I.G. The vocal part by his widow Faith Evans is particularly heartbreaking. In the song, the artists process the death of their friend and husband, which was still incomprehensible to them and left a great void.

Also recommend:   53 Songs That Save Lives: Songs For The Perfect Chest Compressions

One week after entering the German charts, “I’ll Be Missin’ You” took the top spot and stayed in the top ten for 18 weeks. The song also managed to take leading positions in other countries and went triple platinum in the U.S.

This song selection proves that even rap and hip-hop songs can reach the heart and touch listeners emotionally.

The 100 Best Techno Songs Of All Time

The 100 Most Successful And Popular Indie Songs Of All Time