The 50 Best Songs About Dogs – For People Who Love Dogs 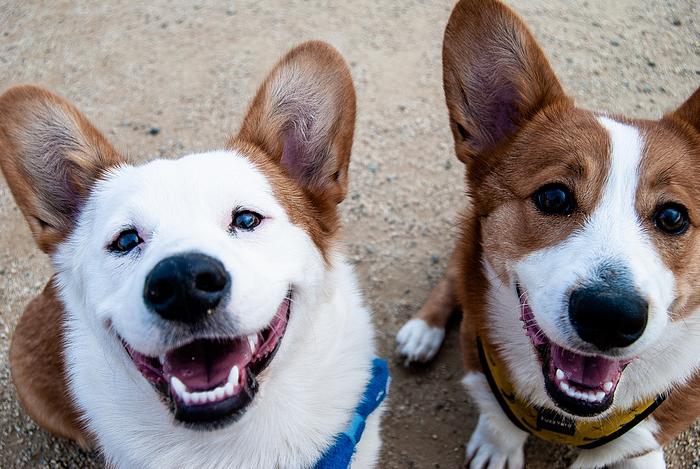 Man’s best friend – our warmest, cuddliest thoughts come to mind when we think of our dogs. They are a part of our family, the one who always greets us first when we come home, the one who patiently sleeps by our bed all night waiting for the moment we wake up, the one we can always count on to be there for us when no one else can be found. Pets have inspired many songs.

This list shows the best songs about our dogs. These are songs inspired by the furry friends of the artists who wrote them. Every piece on this list was either written because of the emotion of owning a dog or mentions the word “dog” or “puppy” in the song itself.

All songs can be listened to directly in full here. In addition, you can find a Spotify playlist at the end of the article.


Possibly one of the most annoying songs ever recorded, Who Let the Dogs Out? is a must for any song list about dogs. The song was released in 2000 by Baha Men but had its roots in the Caribbean club scene.

The song is surrounded by controversy, and the original writer is still disputed today.

While the song is an Earworm Who Let the Dogs Out” is also a great song for sporting events. If your team is associated with a dog, the crowd can let loose with all their shouts and screams while barking. It makes great noise in the crowd and intimidates opposing teams.


There are countless songs about dogs, but they’ve never been this funky before. Thanks to this song, the 80s were full of barking dogs on the dance floor.

This was the hit from George Clinton’s first official solo album, Computer Games, and the first of many dog songs he released over the years.


This is a pretty straightforward love song to his dog, whose love is something he can count on: “I love my dog as much as I love you, but you may pass away, my dog will always stand by me.”


A real heartbreaker in waltz time. This poetic song deals with the memory of having to put down a beloved dog.

One of many overlooked tracks on Elton’s debut album Empty Sky, this track showed the promise of the John Taupin team. Elton’s wordless screams at the end are a real earworm and lead into the unconventional finale of the album.


The refrain of “The Promised Land” from the 1978 album Darkness on the Edge of Town says it all: “The dogs on Main Street howl ’cause they understand if I could take one moment into my hands, Mister, I ain’t a boy, no I’m a man, and I believe in a Promised Land.” Dogs live in the moment, Springsteen seems to imply, and they believe in themselves and us.


To compare one’s life with that of a dog may seem strange. The singer admires the life of dogs and wishes to do what dogs do. Does this sound as strange to you as it does to me?

For the songwriter, it is the most praiseworthy life, and he shows in the song how much he wishes to have such moments himself. Besides, from a different perspective, the life of dogs seems to be pleasant and fun, and everyone loves a simple, uncomplicated life like that of dogs. Everyone always has something they wish they could be or become like that.

Others even aspire to become supernatural beings; others wish to be rich and famous, while others admire being animals, insects, and even flowers.


It’s hard to imagine a list like this without Snoop Dogg, also known as The Doggfather. This was a groundbreaking fusion of 90s hip-hop with 70s soul, thanks to Dr.

Dre’s professional production and guest vocals from The Dramatics – not to mention the music video cameo by Pam Grier.


One of the many songs inspired by Parton’s impoverished childhood, telling stories and writing songs. This sweet and moving story about Parton’s long-lost faithful dog will make you sniffle as you remember the “best friend [you] ever had.”

“Cracker Jack would run up to me every day after school, and he would jump and wag his tail and look at me as if to say, ‘I love you, and I missed you, and I’m glad you’re home’/I knew exactly how he felt because I and Cracker Jack were friends.”


In this song, the narrator raves about his hunting dog, with whom he travels for years on his bus. He says his dog is the only living creature he can trust with almost anything.

Unfortunately, one day the dog dies, and the narrator begins to think about all the time they had together with his dog; he continues to express how the dog meant a lot to him; he mainly talks about the memories and the time they spent with” King,” his dog. The way he could chase the deer and also jump off the truck. This narration shows us how people tend to see in dogs a companion to become inconsolable when they lose them.

Dogs are considered family and are treated as family members and not just pets. We should definitely keep this virtue.


This atmospheric song should have been one of the hard rock classics of all time, but in the USA, where Nazareth was best known for their Everly Brothers cover “Love Hurts”, the song failed to breakthrough. But the song also delivered one of the best hard rock shout-along choruses, “Now you’re messin’ with a son of a b_tch!”


Ask any Aerosmith fan, and they’ll tell you that Done With Mirrors (the first album after they came clean but before all the comeback hits) is one of the lost gems in their catalog. This track is one of the reasons why a crisp groove courtesy of bassist Tom Hamilton. The title offers a slight hint: “The reason a dog has so many friends is that it wags its tail instead of its tongue!”


Paul McCartney’s very first canine companion, an old English shepherd dog named Martha, not only brought out his softer side but also inspired her own track on the Beatles’ infamous “White Album” opus in 1968.


This ballad from Miley’s album “Dead Petz” is an emotional dedication to her dog Floyd, who passed away in 2014. He was clearly her favorite animal and on her “Bangerz” tour she also sang next to a giant inflatable version of him.


This beautiful, bluesy number is a tribute to Norah’s poodle Ralph, who the song says is a much better companion than any of the men she dates.

“I like to say he’s a scruffy, manly poodle. Because when you say poodle, people start rolling their eyes,” she explains. “My dog-biological clock started ticking. So I have a dog – he’s great. I am madly in love with him.”

One lyric read, “It’s either him or me, he said / But I can’t choose between a vegan and a stoner / So I chose you because you’re cute / And you give me lots of love and you eat meat.”


Please leave it to the B-52’s to create a surreal, loving Performeration of all those songs about lost dogs. Fred Schneider gives the perfect dramatic reading of this story of a runaway pet. However, it begs the question: how in the world did someone manage to lose a French poodle with dyed green hair and designer jeans?


Billy Currington recorded this song on his album Enjoy Yourself in 2011. There are some great analogies in the song about relationships and how people would be much better off if they loved the way dogs do.

Human relationships are much more complicated, and although there are differences, humans could learn a great lesson from their canine companions.


Without a doubt, this song is the greatest dog classic of punk rock. This song became Iggy Pop’s calling card for decades to come.

If you listen closely, he’s actually singing about sexual devotion – so between the obsessive lyrics and John Cale’s classic one-note piano, there was always more here than meets the eye.


Before Shelton came along, “Ol’ Red” was previously recorded by George Jones and then Kenny Rogers, but Shelton’s version became the most popular. Unlike most country songs about dogs, where the thesis is “I love my dog,” the story of “Ol’ Red” is much more complicated: it’s about a narrator serving 99 years in prison when he meets Ol’ Red, a dog who will catch you trying to escape “before dawn.” As the narrator befriends Ol’ Red, he simultaneously plots his escape. Does he make it?

You have to listen to find out.


“It’s Just a Dog” is a tear-jerker: it follows the narrator from the time he first sees a dog on the side of the road – and, of course, pauses before he goes to get her. “It’s just a dog,” he thinks at first, but he brings this dog home, and she becomes his constant companion, his fishing buddy, and his comfort in hard times. As the song ends, the narrator goes on another fishing trip, but when he remembers that his dog is not in the passenger seat (as it was the week before), he pulls over to the side of the road again. This time he cries, “It’s just a dog, isn’t it?” he asks.

As any owner will tell you, it’s never just dogs.


Harry Nilson sings about how a dog would be the key to happiness; he talks about how he would have company and consider himself lucky if he had a puppy. He talks about taking his dog everywhere and staying away from crowds of people.

We should change our perception of these adorable creatures and think of them as family and not just pets.

The 200 Best Soft Rock Songs Of All Time