Table of Contents The most successful rock songs of the 80s:80s rock songs Spotify playlist: Sharing Long hair, guitar solos, and lots of the best rock bands of all time provided in the 1980s for … 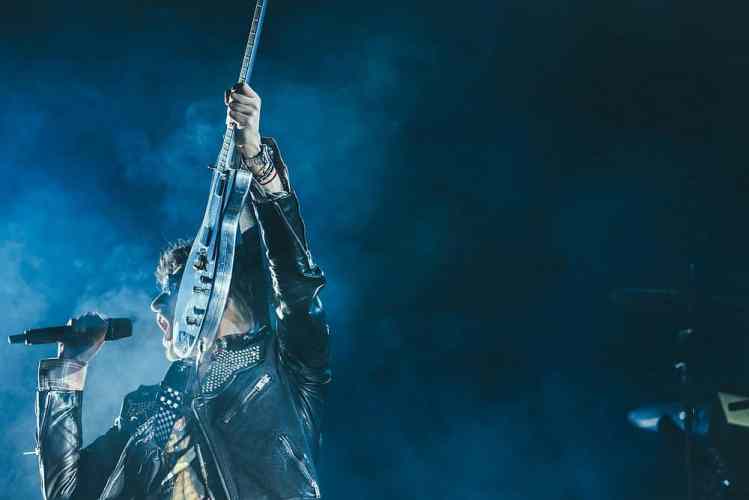 Long hair, guitar solos, and lots of the best rock bands of all time provided in the 1980s for a perfect mood. In our playlist, you can find the 150 best rock songs of the 80s.

In the 80s, pop-metal bands caused a big stir in the charts. Bands like Bon Jovi, Europe, and the most successful German band, the Scorpions, were the focus of the music lovers.

Punk music had it harder at the beginning of the 80s. The so-called post-punk with groups like The Cure and Joy Division delivered a new soundtrack that was convincing.

Bands like Queen, Simple Minds, U2, Van Halen, and Whitesnake managed the balancing act between pop and rock music. Guns N’ Roses was particularly successful, captivating the world with songs like “Paradise City” and “Sweet Child of Mine.”

Heavy metal bands experienced one of their best phases in the 80s. Iron Maiden, Motörhead, or Metallica made it into the charts with some songs and thus provided musical variety.

The following 150 songs are from rock music and related subgenres. These songs have been chosen for their initial and ongoing popularity and their influence and impact on the development of rock and its subgenres.

The most successful rock songs of the 80s:

Each song is linked via the title with the associated music video.

You haven’t had enough of rock music?
– Also visit our playlist with the 200 best rock songs of all time!

The 173 Best Heavy Metal Songs Of All Time