Workout Playlist: The 100 Best Songs For Working Out 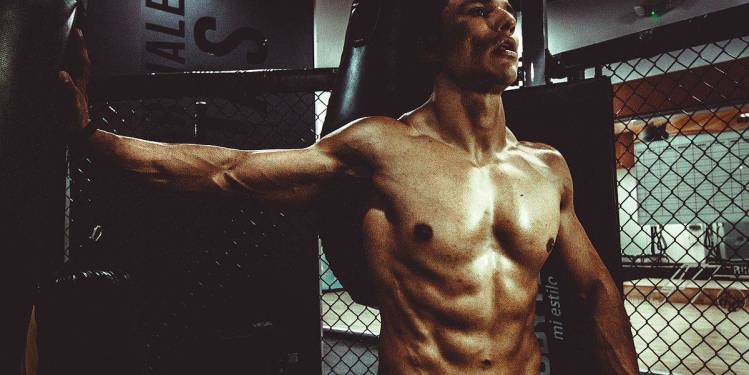 Listening to music while working out at the gym is now a given. The right songs can push you to new heights and serve as a good motivation in training.

Even in science, training with the help of music has been studied. The result: the right songs can positively impact the workout. The right playlist releases new energy and stamina for many athletes, leading to more fun during the workout.

Of course, there is no ultimate list of the best fitness songs. Everyone has their taste and favorite tunes that help them stay focused while exercising. However, most athletes prefer fast and hard beats, benefiting weight training.

Our playlist is specifically designed for athletes who want to push their physical limits and prefer potent beats. Our tracklist best songs to workout include many hip-hop artists such as Kanye West, Eminem, 50 Cent, Jay-Z, or Drake. Linkin Park, AC/DC, Swedish House Mafia, Europe, Guns N’ Roses, and many other artists provide suitable variety.

With our total of 119 workout songs, there should be a song or two for everyone to make it into your workout playlist.

(At the end of the article, we compiled a Spotify playlist for you with all the songs listed here.)

01. Disturbed – Down With The Sickness


A song that probably everyone has already heard, but not everyone knows the song or the band. Disturbed is a US-American Metal Band founded in 1994 and is still stirring up the music industry today.

This song or broadband should not be missing in any playlist. The heavy riffs of the guitars and the intense voice of frontman David Draiman charge the body with energy.


Arguably one of the most famous rappers on the planet, Eminem. The musician from Detroit has more than one top hit, so the selection is not easy. However, in terms of workout, the song” ‘Till I Collapse” is probably one of the best options.

In this song, the rapper describes that he continues to go his own way and that nobody can stop him. He fights until he collapses. The hard beat rounds off the spectacle excellently and provides an essential component for every fitness playlist.


The metal band Belo Horizonte (Brazil), founded in 1984, is a metal scene veteran. Nevertheless, they are not a bit behind modern musicians.

With fast drums and a strong voice, “Roots Bloody Roots” is one of the band’s most famous songs and should not be missing in any playlist. “I say We’re growing every day, getting stronger in every way” – a clip from the song, which describes very well why the music is optimal for a workout.


Now and then, it feels like Neffex is just producing music to help people with their fitness regimen. In 2014, this band was a mix of electronic music, hip hop, and testosterone.

The massive beats intensify the latter. The name of the song is also the program here. Never give up!


The rapper may be as well known for her constant arguments for her music – but no one can deny that her 2011 debut single was one of the best party songs of late has been. You don’t have to be on the dance floor to appreciate Azealia Banks’ hit single: Just when you think you’ve reached your limit, focus on her gritty, relentless flow that helps you harness your inner strength.

06. Technotronic – Pump up the Jam


The international smash hit of the Belgian band Technotronic was awarded triple platinum, and the song is one of the most famous and racy melodies.

With its relentless beat and driving bassline, we guarantee that this song won’t be the only thing that gets turned up.


With his top hit “Can’t Be Touched,” Roy Jones has produced the workout song par excellence, and the story behind it is phenomenal as well.

For those unfamiliar with boxing, it is essential to know that Roy Jones was a professional boxer before his career as a musician. A multi-talent that one does not see in this form very often. He founded his own record company in 2001 and called it “Body Head Entertainment.”

His music is still celebrated years after he released it, and almost everyone counts his songs as a fixed component on every excellent workout playlist.

Can’t be rocked
Can’t be shook.”

With these words, Roy Jones says that nothing and no one can stop him, and precisely this emotion conveys the song from the first second on.

08. Slipknot – Before I Forget


Slipknot is known for two things. On the one hand for their masks, on the other hand for their aggressive music. This metal band is the status quo of the 21.

Century for metal music shows that with “Before I Forget.” The challenging but straightforward melody pulls you along.


Even though Rick Ross himself isn’t much into working out, his music is an excellent choice to sweat for an hour in the weight room. The rapper from Miami not only lands a top hit with his track “Hustlin” but also promotes your workout.

With the verse “Everyday I’m Hustlin,” Rick Ross says he works every day to get where he is today. Success in business and training have many parallels, so both the beat and the lyrics are very appropriate. Rick Ross moves in a subcategory of rap, the so-called trap.

This music style is known for very intense bass and hard beats, just the right thing for a hard workout.

The ladies and gentlemen of Skillet always manage to produce hits with one of their most famous songs called “Monster” they still give fuel to the workouts of many athletes today. The lyrics describe the singer feeling like a monster.

Maybe not the best mental situation for everyday life, but perfect for an intense workout.


Eminem is not only once on this list, but twice. The rapper from Detroit is just too good to be ignored.

12. Bullet for my Valentine – Waking the Demon


Bullet for my Valentine, a band founded in 1998 in England and still active today, brings the next hit. In “Waking the Demon,” frontman Matt Tuck talks about giving in to his rage. “There’s no escape from this rage that I feel!”.

With this quote, the next workout can not go wrong at all. With a clear conscience, we can also recommend almost all other songs of Bullet for my Valentine, but “Waking the demon” definitely has to be on top of the list.


Do you want to know what lyrical speed is? Tech N9ne fulfills you exactly this wish with the song “Speedom.

The first second on this track is 110 %, and you can feel that too. The rapper and producer from America are well known for his lyrical skills and quick tongue, and Tech N9ne is one of the fastest rappers ever. In Speedom, he again lives up to his myth and shows what he can do.

A little warning on the side: It is impossible to listen to this song and sit still simultaneously, so use it at your own risk.


Formed in 2003 in Florida, the post-hardcore band is still active today. A Day To Remember gets the blood moving with many songs. Especially with Paranoia, they succeeded remarkably well.

Intense vocals and shrill guitars are just what you need when you want to destroy your workout.


Many years have passed, but apparently, DMX has not lost its luster. Well, at least his music does not.

The New York-born rapper and actor made his breakthrough in the music industry with his most famous record, “X Gon’ Give It to Ya.” DMX reaches millions of people, including athletes, with his rough voice, hard beats, and even more complex lyrics.

Especially this category loves his music to back up a strenuous workout.


If the song’s title doesn’t say it all, the music itself will. Parkway Drive, an Australian metalcore band, was founded in 2003, convinced with incredible riffs and the compelling voice of Winston McCall’s frontman. The song “Dedicated” describes the twelve years that the band needed to succeed.

Never give up and always keep at it was the motto every day anew. It was worth it! Everyone should go into their workout with the same mentality.


50 Cent has always been known for its gangster image and sound. However, he didn’t want to start with Curtis James Jackson’s real name.

This is how Curtis operated under the stage name 50 Cent. Choosing one of the songs was very hard because many of his tracks are very suitable for a fitness session. “Patiently Waiting” stands out with its unique style and infectious beat. 50 Cent also has the visual appearance to act as positive motivation.

Curtis is still working out hard, even though he is currently approaching his fiftieth year of life.


If you don’t know Korn, you probably don’t listen to rock and metal. The band from America, formed in 1993, is still active today and hasn’t worsened a bit in sound.

As with many artists, it’s not easy to decide on one single track. If you listen to an album by Korn, you will rarely find even one bad song. But we have chosen the song “Liar” because it starts with hard riffs from the first second on.


Rob Bailey is probably the epitome of a good workout playlist. Himself a passionate bodybuilder; he uses his talent to produce good songs.

One of the most famous is probably the song “Beast.

“When the sun rises,
I wake up and chase my dreams.
I won’t regret it when the sun sets,
Cuz I live my life like I’m a Beast.”

With this introduction, everything is said. Rob Bailey produces music by bodybuilders for bodybuilders. What else can go wrong?


Since 1997 alternative rock band has made our world unsafe, which is very successful. Like many artists, Trapt has a lot of good songs, but here the selection was an easy one. “Headstrong” is by far one of the most motivating songs produced by Trapt. “Back off, I’ll take you on. Headstrong to take on anyone.” – with these lyrics, the singer Chris Brown gives practically a declaration of war to the whole world.

This is a level of self-confidence that you need to achieve new records in training. In our opinion, this song should not be missing from any playlist!


No playlist would be complete without Five Finger Death Punch. The metal band from Sacramento with Ivan Moody convinces for decades with hard bass and drums and lyrics about war.

Five Finger Death Punch is testosterone as an MP3 file, and especially the hit “Lift me” has done it to us.

With these lyrics, the next workout can’t go wrong at all.

Each piece is linked to the corresponding music video via the title.

We hope to bring you closer to one or the other artist with this hit list. There’s something for every taste, from rock to metal to hip hop. In this sense, we wish you happy sweating and rocking to this playlist!

Winter Songs: The 70 Best Songs About The Winter Season

The 70 Best Hip-Hop Songs For Working Out